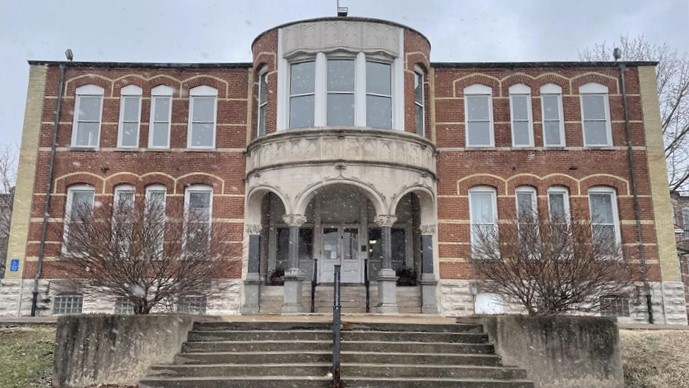 SPRINGFIELD – The official misconduct case against a Choate Mental Health and Developmental Center senior staff member was dismissed on Thursday.

The dismissal allows for charges to be refiled.

“These cases continue to be under investigation,” Tripp said Friday.

The state-run Choate Mental Health and Developmental Center, located in Anna, houses 225 people who have developmental disabilities or mental illness. It is operated by the Department of Human Services.

Goins was charged with one count of official misconduct for obstructing a criminal investigation.

The charge alleged that Goins breached DHS inspector general investigative protocols by reviewing a file pertaining to an active Illinois State Police investigation of criminal conduct in order to gain a personal advantage.

The investigation involved an allegation of abuse of a patient by Choate staff member Kevin Jackson, who faces an aggravated battery charge. Jackson is accused of repeatedly striking a female patient with a belt and is scheduled to go on trial on Sept. 13.

Goins intended to gain advantage in defense of his and other administrators’ actions by gathering information from that file to cover-up Jackson’s alleged criminal conduct, the alleged charges.

A court filing stated that one of the administrators directed a staff member to interview the victim before ISP investigators spoke to her. This was documented in a medical chart note that was later amended at the direction of Choate administrative staff, according to court records.

In a motion to dismiss filed in January, Goins’ attorney Wesley Wilkins stated that the grand jury that returned the indictment against Goins heard inaccurate information.

Wilkins stated in the motion that his review of the grand jury transcript showed that a witness tested that inspector general investigative protocols were codified in statute and that violating those protocols was illegal. That witness stated a review of the investigative file by anyone other than a person designated as an investigator was a violation of the protocols.

Wilkins contended that those statements were incorrect and that the protocols are administrative in nature, not statutory.

Union County Circuit Judge Tyler Edmonds dismissed the case against Teresa Smith, another Choate Administrator, based on similar legal arguments and a review of the OIG investigative protocols.

The judge stated that the protocol does not prevent anyone from reviewing documents, but instead only limits who can be designated as an investigator.

Twelve Choate employees have been charged with felonies in the last two and half years, including Smith, Bryant and Goins.

Former mental health technician Charles W. Mills is accused of the sexual assault of a female Choate resident who has a diagnosis of severe or profound intellectual disability. That case is pending.

Another mental health technician, Bradley Cross, was charged with an aggravated battery for allegedly punching a patient in the head and pulling their hair.

Allen faced three counts of aggravated battery for allegedly punching a patient in the face and head, pushing him to the ground and kicking him in the head. He also faced one count of felony intimidation. In December, he pleaded guilty to one count of obstructing justice. The other charges were dropped.

Allen was sentenced to two years of probation. As a condition of probation, he must complete an anger management class.

Barger and Lingle were charged with lying to investigators and failing to report instances of abuse that included witnessing a worker forcing a patient to drink a cup of hot sauce and another incident that ended with a patient sustaining a broken arm.

Senate Deal Raises Hopes for a Reduction in Gun Suicides