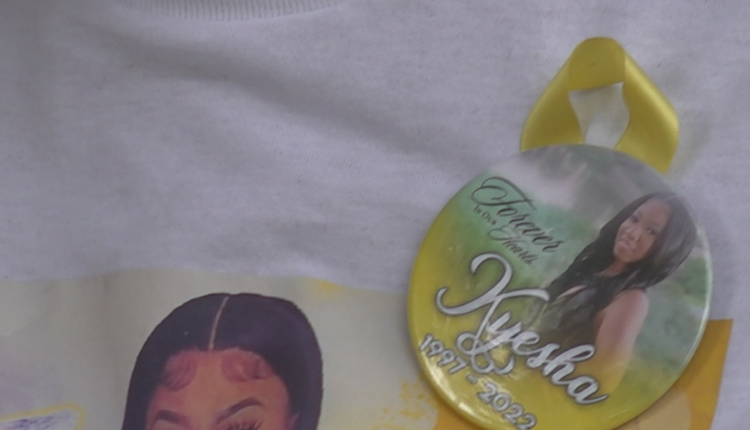 ROCKFORD, Ill. (WIFR) – Three weeks to the day after a shooting on Rockford’s west side killed a 25-year-old woman, friends and loved ones honor her life and legacy Friday evening.

More than a dozen family and friends with heavy hearts didn’t let the police stop them from remembering a woman they say was taken far too soon.

“She was a good girl was so beautiful, so wonderful, smart and she didn’t deserve this for no money,” says friend Maria Alonzo.

25-year-old Kyesha Lee was killed on Rockford’s west side three weeks ago. Even when the family tries to grieve, the police arrive to settle what they describe as a neighborhood dispute after a call from a resident.

Alonzo feels the police aren’t cooperating with the family despite both sides knowing who did it. She claims her husband is in jail for the crime.

“They did not care to take into consideration anything at all.”

Lee leaves behind two kids and Lee’s mother says it’s tough for them to face the reality of.

“That’s hard to tell a child that their mom isn’t returning to them anymore,” says Della Sutton.

“Ain’t nobody been arrested yet. How are we supposed to have some closure, and start to heal? We can’t heal like this,” says Lee’s grandmother Rosemary Sutton.

Friends and family say they will not stop fighting until police put the actual suspect behind bars.

“This family is wonderful. And these two little girls have to grow up without their mom. And I don’t feel that’s fair. So I feel they deserve justice,” says Alonzo.

Alonzo says her house got condemned shortly after the incident. She claims the police gave her a voucher to help her find a new place, but haven’t done anything.

Police initially arrived for reports of a gun present and they discovered this was unfounded.

The Best Colleges For Energy Engineering