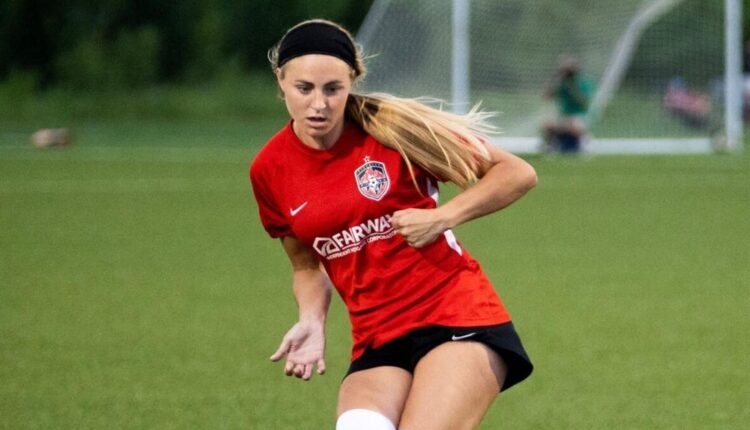 The Fire & Ice squad of the Women’s Premier Soccer League successfully capped its season with a 1-0 victory over Central Illinois United recently at the Rantoul Family Sports Complex in Champaign County.

In the Midwest Conference match, Sierra Cenek, a midfielder from the University of Illinois Springfield, knocked in a pass from veteran Mara Keomanivane, a Granite City High product who went on to play at Stetson University in Florida, for the season-ending win.

The victory wrapped up a 6-2 season for Fire & Ice, which will not be playing in the WPSL next summer.

“When I started this, the options for young women who wanted to continue playing soccer during or after college were extremely limited,” said Eversmeyer, who earlier this year accepted a position with the WPSL to serve as the league’s associate commissioner for the 40 teams in the Central region. “I had played in the WPSL and wanted to help other women get that same opportunity.”

But after 10 seasons, Eversmeyer said it’s time to spend more time with her family.

“It’s bittersweet, seeing all this end,” she said. “But it’s time for something new. My son is growing up fast and I want to make sure I’m part of that. I want to take a vacation in the summer and I want to spend time with him while I can. Over the years, we’ve had more than 130 players compete for Fire & Ice, and they’ve been like family to me.

Fire & Ice — which sat out the 2020 season because of the coronavirus pandemic — enjoyed nine winning seasons over the last decade and enjoyed tremendous success over that time. In 2017, the squad finished 12-0 and won the WPSL championship. Fire & Ice had seven shutouts and outscored opponents 40-5 that season.

At the nationals, at the SilverLakes Soccer Complex in Norco, California, Fire & Ice rallied to beat the San Diego SeaLions 2-1 on goals from Kelsey Dinges (Althoff/Miami (Ohio) and Katya Hessel (Edwardsville/Missouri) and then got a pair of goals from Dinges in another 2-1 come-from-behind win this time over the Gulf Coast Texans in the title game.

“To come back like we did in both games, I think that says a lot about our team’s character and desire,” Eversmeyer said at the time.

Key players on that squad included three — Dinges, Rachel Tejada (Triad/Illinois State) and Cassie Kaiping (Waterloo/McKendree) — who had been with the squad since its inception in 2013.

This year’s only losses came against Kansas City Current II, a squad made up of players hoping to impress and move up to compete for the expansion KC Current of the National Women’s Soccer League. KC Current II finished the WPSL season 8-0 and outscored opponents 50-1 this summer.

“They were a special team,” Eversmeyer said.

“Defensively, we were strong all through the season,” said Eversmeyer, whose squad outscored opponents 26-10 and posted four shutout wins this summer.

Veteran players controlling the Fire & Ice midfield were Keomanivane and Hannah Braun, a longtime Fire & Ice standout who sat out last season after having a baby. Another key player in the center of the park was Sarah Foley, a Belleville West High standout who will begin her college career this fall at the University of Illinois.

At forward, the team was led by MacKenzie Litzsinger (Rockwood Summit/Southern Illinois University) and Nicole Breese, who starred at Parkway South High and at Illinois.

Eversmeyer, who’s willing to help any area squad hoping to step up into the WPSL, is excited about the future of women’s soccer in the region and is hopeful that the addition of Major League Soccer’s St. Louis City SC to the area mix will lead to a franchise in the National Women’s Soccer League.

“My fingers are crossed,” she said.