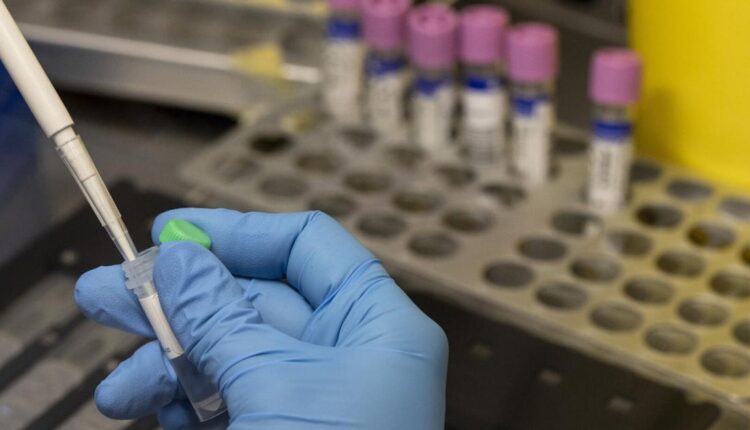 CHAMPAIGN — The first case of monkeypox in a Champaign County resident was announced Tuesday by state and local health authorities.

A single presumptive case of the disease in an adult male was identified in initial testing completed this past Friday at a state lab, and confirmation is pending with additional testing through the Centers for Disease Control and Prevention, according to the Champaign-Urbana Public Health District and the Illinois Department of Public Health.

The infected man had recently traveled to Chicago, according to the public health district.

Both state and local health authorities are working closely with the CDC to identify anyone the infected patient may have been in contact with.

The man didn’t require hospitalization and is isolating at home in good condition, according to the public health district.

According to a statement from public health, this single probable case remains isolated, and at this time there’s no indication of a great risk of extensive local spread of the virus.

It’s possible to transmit monkeypox person-to-person through close physical contact via body fluids, monkeypox sores and items contaminated by fluids or sores. It can also be spread though respiratory droplets during prolonged face-to-face contact, according to the public health district.

Monkeypox can begin with flu-like symptoms such as fever, headache, muscle ache, back ache, swollen lymph nodes, chills and exhaustion.

Within one to three days of developing a fever, or sometimes after that, a pimple-like or blister-like rash develops. Rash can appear on the face, inside the mouth or other parts of the body, such as hands, feet, chest, genitals or anus.

The monkeypox virus is part of the Orthopoxvirus genus, which also includes the variola virus that causes smallpox, the vaccinia virus used in smallpox vaccine and cowpox virus. It isn’t related to chickenpox, according to the CDC.

As of Tuesday, the CDC was reporting 122 monkeypox cases in Illinois.

Illinois has the third highest number of cases after New York, which has 156, and California, which has 148, according to the CDC.