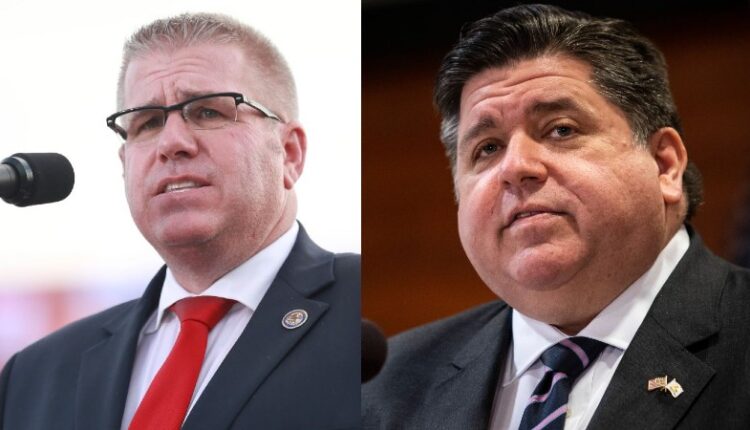 ROCKFORD, Ill. (WTVO) — Election Day is less than 24 hours away, and one of the biggest races is for Illinois governor.

Both candidates made final campaign stops in the stateline. Republican State Senator Darren Bailey was in Roscoe on Sunday, and incumbent Democratic Governor JB Pritzker was in Rockford on Monday.

It was the final push before voters go to the polls.

Both candidates for Illinois governor made their final push for votes ahead of Election Day.

While the current governor held a rally in Rockford Monday night, Bailey was in Roscoe on Sunday.

“Rockford used to be an amazing manufacturing hub, and businesses moved out,” Bailey said. “We need business to start moving back in, but they’re not going to when, number one, they don’t feel safe. Number two, our taxes are too high and number three, our schools are failing.”

Both candidates drew attention to the key issues concerning voters. Pritzker reinforced what he has done in his first term as governor on Monday.

“Which party expanded child care, increased funding for education, raised teacher’s salaries and made college more affordable in the state of Illinois? Democrats,” Pritzker said. “Which party passed the Reproductive Health Act and made sure that we ensured a woman’s right to choose? Democrats.”

Bailey made his stance on the SAFE-T Act clear on Sunday.

“On January 1st, the SAFE-T Act is going to release 4,000-5,000 violent criminals. It’s like JB Pritzker has put a revolving door on all of our jail cells,” Bailey said. “You know, JB Pritzker has had two years to make changes, and unfortunately, JB Pritzker and the people that have created this have no idea what’s in those 700 pages.”

Pritzker and Bailey have different ideas for the direction they want the state to take over the next four years.

“I’m a farmer. I’m relational. I served for 17 years on our school board and it’s all about people, and if we look over people like government does sometimes, then the people get forgotten and then we have the problems we have here in Illinois,” Bailey said.

“To protect our fundamental freedoms though and to lift up working families, we have to elect pro-labor, pro-choice, pro-civil rights, pro-voting rights Democrats up and down the ballot,” Pritzker said.

Polls will be open from 6 am to 7 pm Tuesday.