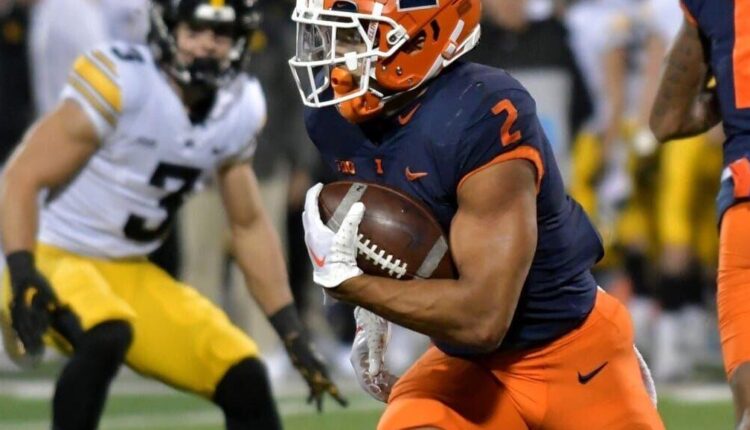 Brown needed help getting back to the Fighting Illini’s bench after being tackled out of bounds during the final minute of the 31-24 defeat.

“Very positive and excited, but don’t know where we’ll be by Friday for the trip and Saturday for the game,” Bielema said.

No. 21 Illinois (7-3, 4-3 Big Ten) is still in the race for the Big Ten West title and a spot in the conference championship game despite losing to Purdue. Up next, though, is a crucial game at No. 3Michigan.

Brown has gained an FBS-high 1,442 rushing yards on 280 carries (5.2 yards per carry) through 10 games. He has seven touchdowns on the ground along with three receiving touchdowns.

Against Purdue, he finished with 98 rushing yards — a low season — and two rushing scores.

Bielema also said that cornerback Taz Nicholson would be out for the rest of the season with a dislocated wrist that required surgery. –Field Level Media

Inflation up, donations down as Rockford pantry struggles with Thanksgiving