Inflation up, donations down as Rockford pantry struggles with Thanksgiving 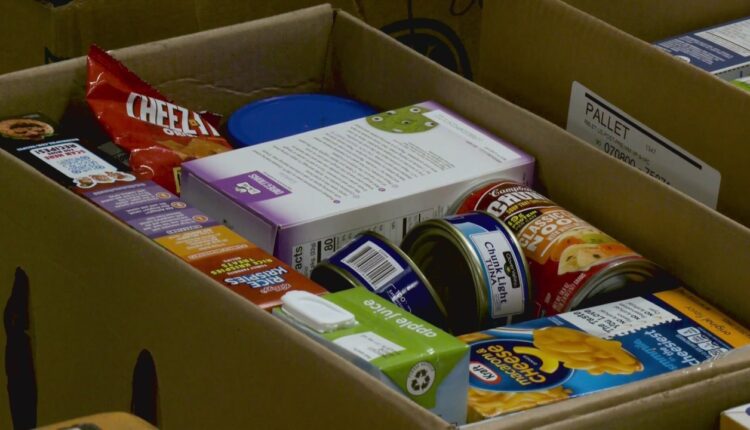 ROCKFORD, Ill. (WTVO) — Thanksgiving is a little more than a week away, so food pantries are preparing to feed families in need of a meal.

The Rock River Valley Pantry said that they have not had as much luck with turkey donations compared to last year. The pantry is community-based, so they rely solely on contributions. They are able to purchase food at two to three times the retail rate when going through food brokers.

“Donors make all the difference to the people who are in need of food,” Adams-Bakke said.

Donations are needed more than ever at local food banks during this time of year. Adams-Bakke said that their goal is to help as many families as possible with two big holidays coming up.

“As a food pantry, we focus more on Thanksgiving because it is a time for families to gather and have a nice holiday meal together,” Adams-Bakke said.

Rock River Valley Pantry starts preparing in August, according to Adams-Bakke, by asking donors to fund their Thanksgiving campaign.

“And when the money starts to come in, then we order boxes of nonperishable goods, as well as turkeys, and then we also add a lot of different other items to those boxes,” she said. “We add the extras; a pie, rolls, butter, and a gallon of milk, green beans for the traditional green bean casserole, so I would say we’re up around $40 by the time the food box is complete.”

Adams-Bakke said that the pantry is seeing increased costs just like everyone else. They are seeing less turkey donations from the community in return.

“We feel the impact every single day, as do our donors,” she said. “Our client numbers are up 97% from a year ago, so we’re assisting right now over 3,500 individuals. Last month we had 240 new households.”

The most need items at the pantry currently includes canned fruits and vegetables, peanut butter, pasta, rice, cereal and soups. They are also still accepting turkey donations until Christmas.