Inside Out | Highlighting the beauty of science | Parks-recreation 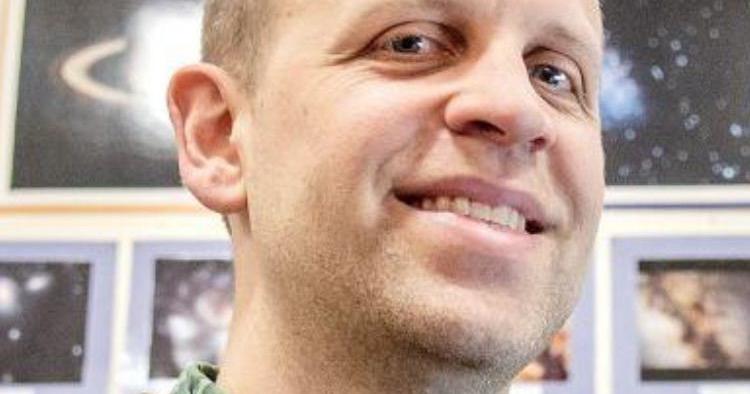 Each fall and spring, the William M. Staerkel Planetarium hosts speakers who talk about their corner of the world of science.

The James B. Kaler Science Lecture Series is named after a professor emeritus at the University of Illinois’ Astronomy Department who delivered an annual talk for the series for about 30 years.

This academic year, the planetarium will begin the series with the premiere of a full-dome show followed by a Q&A session with one of the show’s producers.

Tickets for Kaler Science Lectures are $2 for all attendees and free for members of Friends of the Staerkel Planetarium.

Nicolás Yunes, professor in the Physics Department at the UI, produced “Einstein’s Gravity Playlist” while he worked at Montana State University.

MSU’s School of Film and Photography, the School of Music, Taylor Planetarium and the eXtreme Gravity Institute all collaborated on a production that interweaves their disciplines and highlights the beauty of science.

During the film or show, Lucia (played by Alisa Amador), a graduate student in physics, discusses the history of general relativity, the theory formulated by Albert Einstein to explain how gravity works.

Although Isaac Newton was able to formulate a law of gravitation that worked well for our everyday lives and explained the motions of the moon and planets, there were known inconsistencies in Mercury’s orbit, and the law didn’t explain how massive objects were connected by this force.

Einstein determined that this invisible “tether” that attracts two objects is caused by the warping of the fabric of space and time.

Earth moves through space at nearly 20 miles per second.

Without the sun, Earth would move in a straight line.

Since the sun’s mass curves spacetime, Earth’s motion is similar to going around a whirlpool.

That whirlpool isn’t sucking Earth in because our planet isn’t slowing down, so our planet stays in a stable orbit around the sun.

Lucia shows the evidence supporting this theory, including how light moves around the sun or around distant galaxy clusters.

These gravitational waves were converted to music that the audience can hear during the show.

After the screening, Professor Yunes will discuss the production and scientific background of gravitational waves.

The show will air again at the planetarium at 8 pm Friday and Saturday nights through the rest of September.

Contact the staff at [email protected] to book a show or to rent a telescope.

The Champaign County Museums Network has information at champaigncountymuseums.org.

Erik Johnson is director of the William M. Staerkel Planetarium at Parkland College. He can be reached at [email protected]