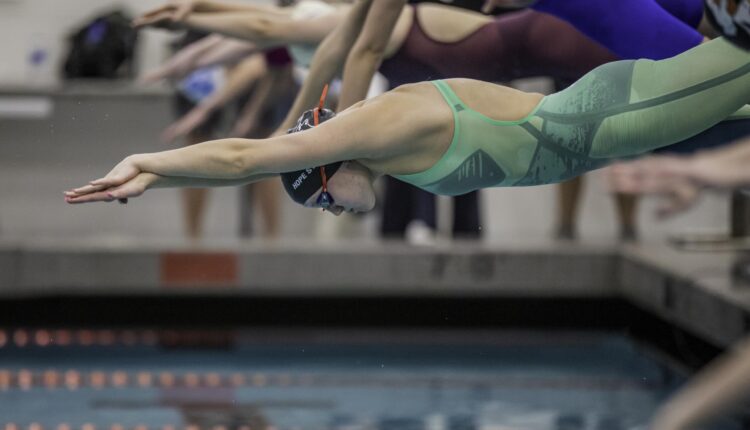 National Signing Day will see scores of athletes across New Mexico sign their letters of intent Wednesday to schools from one end of the country to another.

A large number of them hail from the Albuquerque metro area, and a handful are signing with Division I programs.

St. Pius’ big, left-handed slugger, Gene Trujillo, is one of two locals signing to play baseball with the University of New Mexico.

The 6-foot-5, 230-pound Trujillo swings one of the heaviest bats in the region.

“Coach (Death) Brown is amazing,” Trujillo said. “He’s very wise in terms of baseball and he knows how to win games. I’m very excited for him to be my head coach next year.”

One of the metro area’s other top baseball sticks, Rio Rancho’s Vascon Smith, also is planning to sign on Wednesday with UNM, part of a large contingent of players from the Albuquerque Baseball Academy who are signing together.

One of the other ABA signees is Volcano Vista left-hander Regan Hall, who is signing with the University of Illinois.

He is the second player from Albuquerque to sign with Illinois in the last two seasons, following Cibola righty Tommy White a year ago.

Hall made his verbal commitment to Illinois when he was a freshman.

“It was just a beautiful campus, super great, super open, and super welcoming to me,” Hall said. “And that’s what brought me over. They have a very big tradition of (academic) success.”

Hall said he may develop into a bullpen arm with the Illini.

Carlsbad southpaw Mack Mabrey, who was a key component of the Cavemen’s 2022 Class 5A state championship team as their No. 2 starters, is also signing from the ABA on Wednesday, with prominent San Jacinto College in Texas.

“What stuck out to me off the bat was the Seminole pride and that everyone is there for one another,” said Hinnerichs, a multiple state champion. “It’s not just you; it’s a whole team culture.”

Hinnerichs said she believed Florida State — whose last high-profile New Mexico recruit was Cibola basketball player Amaya Brown — would use her at two disciplines, the backstroke and the individual medley.

“I remember coming home from that visit, and going, ‘Mom, this is where I’m going to school. I don’t need to visit anywhere else,’” Hinnerichs said.

Hinnerichs is not the only swimmer in Albuquerque going Division I. Annabella Marthaler of La Cueva is signing with New Mexico State.

On the soccer front, one of the high-profile signings will be that of Sandia midfielder Jordan Candelaria, one of New Mexico’s elite talents. She will sign Wednesday with the University of Cincinnati.

“I wanted to play at a high level of soccer, and that interested me,” Candelaria said, adding, “I really wanted to be away from home at a big conference or a big school.”

Cincinnati is joining the Big 12 next season, so Candelaria will play some conference games relatively close to home. She is graduating from Sandia next month and leaving for Ohio in January.

Wednesday opens signing periods for all NCAA Division I and Division II sports except football.

For basketball, the period lasts one week and resumes in April. For all other non-football sports, signings can take place through next August.

A partial list of New Mexico high school athletes who this week are expected to sign their national letters of intent:

Chase Brown, No. 21 Illinois look to run over Purdue