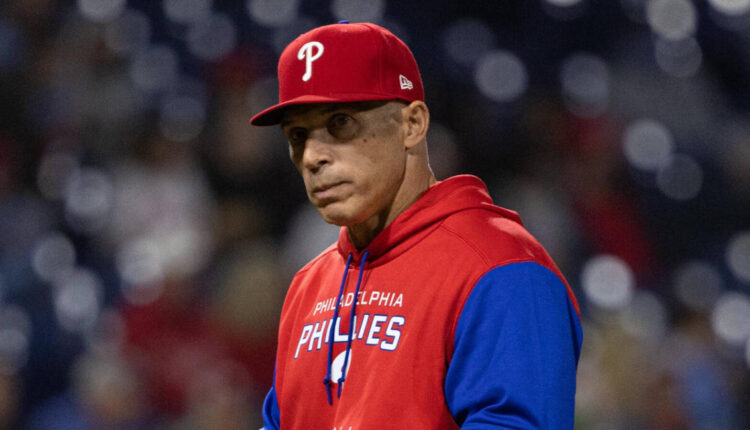 Joe Girardi was unceremoniously fired as manager of the Philadelphia Phillies back in June when his club was sitting at 22-29, and he later admitted that the team “underperformed” throughout the springtime months.

Girardi had, of course, previously won big at the highest level, as he famously guided the New York Yankees to a World Series title in 2009 when the Bronx Bombers somewhat ironically downed none other than the Phillies.

As Ethan Sears noted for the New York Post, Girardi held broadcasting gigs with MLB Network and FOX between his stints with the Yankees and Phillies, and the 57-year-old originally from Peoria, Illinois, recently joined Marquee Sports Network as an analyst for the Chicago Cubs. Per Audacy, Girardi explained during an appearance on the “Mully & Haugh Show” that airs on Chicago radio station 670 The Score that he’s keen on returning to a dugout at some point down the road.

“I look at my time in Philadelphia as, you know, it was very enjoyable and I was blessed to have another opportunity,” Girardi said of his experience with the Phillies. “And if I get another opportunity, I’m definitely really going to consider it. Because I do want to manage again. But for now, I’m fine with broadcasting. It’s something I’ve enjoyed in between my stints. If I don’t get another managing opportunity, I am fine with broadcasting, because I really love it.”

Girardi added that he won’t “wish anyone to lose their job” this fall just so he can get back into managing sooner rather than later.

“I hope everyone is back next year and I’ll just broadcast and do my thing and enjoy it,” he continued. “I don’t think you’re really that selective in a sense. Because you’re with the idea that you can be part of something that’s being built. Because those are usually the jobs that open in a sense. And then that’s fun .”

2022 Academy of Seniors, Mornings with the Professors hybrid classes – News