‘Love Is Blind’ Sal’s Girlfriend, Jessica Palkovic: What To Know 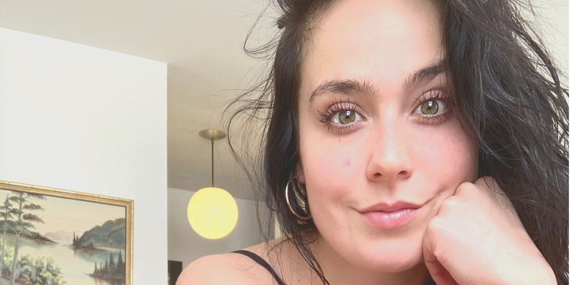 It’s been a few months since the second season of Love Is Blind wrapped, but it’s time to brush up on all your pod knowledge because the cast is back for the After the Altar special—a truly delightful check-in with the couples to see how everything played out once real life set in.

And at least one cast mate has some big post-show news. Salvador Perez was a pretty low-key player during season 2, but the man definitely loved his ukulele, and I think everyone developed a little crush on him.

To recap: Sal and Mallory Zapata made it out of the pods and into the real world together, but not without some bumps along the way. Mallory initially had a strong connection with Jarrette Jones, but eventually ended up with our boy, Sal.

Unfortunately, Sallory fans were left pretty disappointed when Sal turned Mallory down at the altar. The couple did say they might try dating, but it looks like that didn’t work out because Sal is now boo-ed up with someone else entirely.

Enter Jessica Palkovic, an actress, singer, and dancer from Chicago.

Jessica makes a big entrance on the After the Altar episode, and everyone has a lot of questions. Here’s everything to know about Sal’s new girlfriend.

She is from Illinois.

Jessica grew up in Peoria, Illinois, and is now in Chicago. She always loved dance and theater, according to her website, and went on to study dance with The Peoria Ballet and The Rock School for Dance Education.

And Jessica must be pretty good because she competed in the Youth American Grand Prix, which is an international ballet competition, in 2010 and 2011!

Jessica went on to study musical theater at The Chicago College of Performing Arts and Western Illinois University. Her resume says she has training in Ballet, Jazz, Tap, Modern, Pas de Deux, Fosse, and Pointe. Phew!

Jessica is a dancer, actor, singer, and creator.

Jessica, who also goes by Jessi, is making moves as the self-proclaimed “stretchiest girl on only fans.” Given the split she’s crushing in her profile photo, I believe it!

She worked on Norwegian Cruise Line.

Jessica was an entertainer on the cruise line, according to her resume, and I would love for her to publish a tell-all ASAP. I feel like that job is packed with lots of good stories.

One thing I love about Jessica is that she puts her astrological big three in her social media bios. I appreciate this insight. And as a Leo sun, her career as a gogo dancer and entertainer makes a lot of sense. Sal is an Aries sun, so they are probably quite the fiery duo!

The After the Altar special is available to stream on Netflix now.

Jacqueline Tempera is an award-winning writer and reporter living in New Jersey with her many pets. She is a business owner and a double Scorpio who loves all things astrology and reality television. She is passionate about body diversity and representation, mental health, and the fight to end sexual assault and harassment. To learn more about Jackie, follow her on Instagram @jacktemp or visit her website at jackietempera.com.