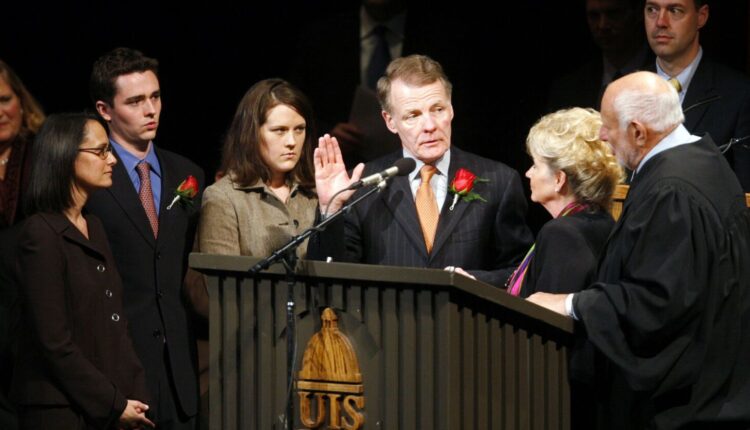 Amid the alleged bribery scheme that led to ex-House Speaker Michael Madigan’s indictment, the feds say his close ally Michael McClain made a phone call and complained to a previously unidentified person about someone “offended when people ask for favors.”

Now, a newly unsealed FBI affidavit has for the first time named the person on the other end of that 2018 phone call — Andrew Madigan, the former speaker’s son.

Andrew Madigan could not be reached for comment Thursday. He has not been accused of wrongdoing, and his alleged comments in the phone call were mostly innocuous. But the appearance of his name in the 94-page affidavit inserts him further into the blockbuster investigation that ended Michael Madigan’s record-setting tenure as speaker.

The FBI also told a judge that, in the chat with Andrew Madigan, McClain seemed to be referring to “pay-to-play,” adding that the conversation helped demonstrate the “quid pro quo” nature of payments from ComEd to Michael Madigan’s associates . ComEd was charged in July 2020 with bribery for trying to illegally influence the powerful speaker, and it agreed to pay a $200 million fine.

Andrew Madigan’s name previously surfaced after the racketeering indictment in March of the former speaker. It alleged in part that Michael Madigan asked then-Ald. Danny Solis—who turned out to be a government mole—to help one of his relatives. The Chicago Sun-Times then identified Andrew Madigan as that relative.

The newly public affidavit was originally filed Jan. 15, 2019, seeking permission to search seven locations, including the City Club of Chicago offices. The feds filed a redacted version of the document Friday, and it was unsealed Thursday. In the unsealed version, the addresses of the other six search locations were redacted, revealing only that four were in Chicago, one was in Palos Heights and the other was in Chicago Ridge. All of those six were residences.

McClain also faces charges in this year’s indictment of the former speaker. His attorney declined to comment Thursday.

The call in question occurred May 23, 2018. Earlier in the day, McClain had called Marquez, who said someone from another public utility company had complained about being pushed “really hard” to apparently hire someone, according to the affidavit.

The name of the utility, the person who had complained and the person being recommended were all redacted in the unsealed affidavit. 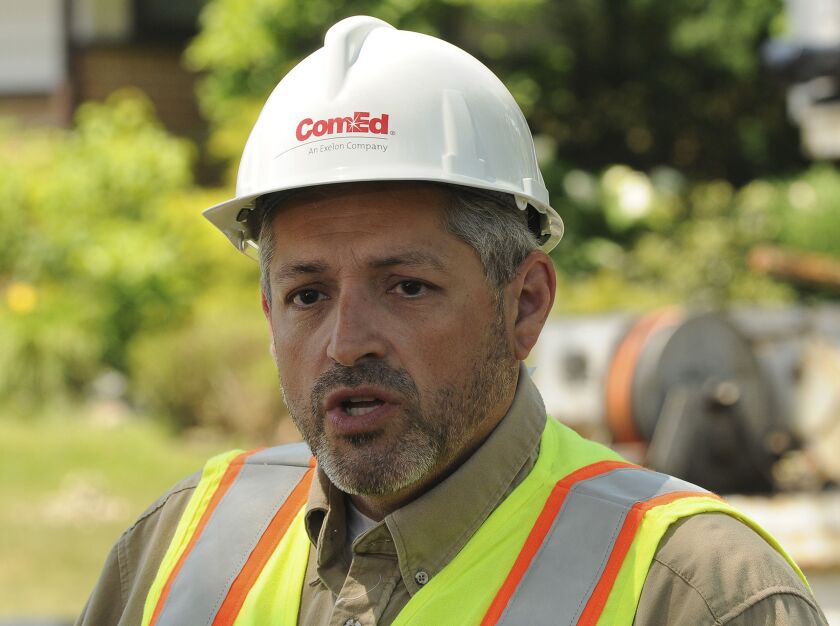 Fidel Marquez is shown in 2011, when he was senior vice president of ComEd customer operations.

Marquez told McClain that he told the person who had complained that “maybe one day you’ll have an ask and this will be remembered.”

McClain later called Andrew Madigan at 5:09 pm, according to the affidavit. It said McClain shared his earlier conversation with Marquez. Andrew Madigan allegedly said, “Okay” and “Oh good, yeah.” McClain said Marquez told the person, “That’s what happens when you do, when you’re in this game. And you never know maybe someday you can ask for a favor.”

An FBI special agent took that as a reference to “pay-to-play.”

“I mean that’s how the sys[tem], it is, you can’t be offended with that,” McClain said. “Oh, so you got pressure too, are you kidding me? Yeah, we got pressure. OK, OK.”

Andrew Madigan said, “That’s funny.” He also told McClain he appreciated that McClain let him know, adding, “It’s not easy working with people,” according to the affidavit.

“Yeah, I mean, it’d be easier if everybody would just obey right?” McClain allegedly said.

“Well, if they were at least, you know, had a brain all the time, you know,” Andrew Madigan allegedly said.

McClain allegedly followed up by saying, “Right, I just love these people, they are in a regulatory body, right? And they are offended when people ask for favors. Hello? Dumb s——.”

Will the US Overcome Its Covid Complacency Even as the Threat Returns?

Equity Must Be at the Heart of Marijuana Legalization