May brought spring and a taste of summer | Agriculture 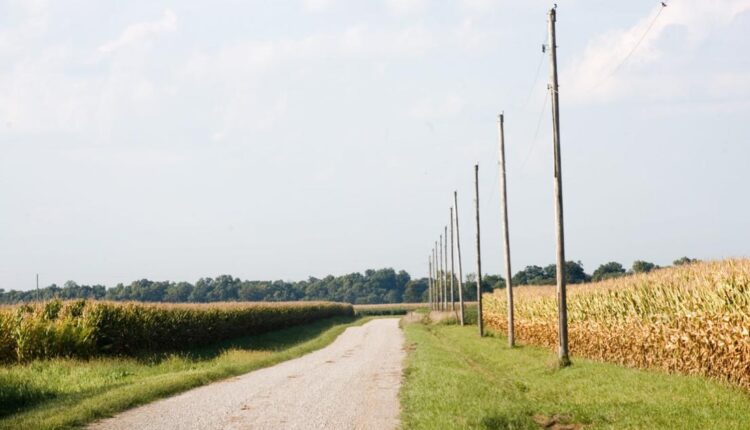 CHAMPAIGN — Illinois temperatures in May varied from periods of below average to periods of far above average, breaking records across the state, according to Illinois State Climatologist Trent Ford at the University of Illinois’ Illinois State Water Survey. Rainfall was slightly below normal in May statewide.

Following a cool April and first week in May, temperatures shot up on May 9 to 15, with temperatures persistently 8 to 20 degrees above normal. The heat was accompanied by summer-like humidity, and dewpoint temperatures regularly reached into the upper 60s and low 70s.

Rockford and Chicago recorded their earliest 70-degree nighttime low temperature on record. Three stations broke their all-time May high temperature records, including a 96-degree high on May 11 at Stockton in Jo Daviess County.

The heat itself was remarkable, but so was how quickly it arrived following delayed cooler weather in April and in the first week of May. A rapid change from cool to hot weather, especially early in the warm season, is associated with an elevated risk of heat-related health effects. At least three heat-related deaths were reported in Chicago in the week of May 9.

The wettest point in the state in May was Granite City in Madison County, with a total of just under 8 inches of rain. In contrast, Fairfield in Wayne County received just 2.05 inches total in May.

The preliminary statewide average total May precipitation was 4.37 inches, 0.40 inches below the 1991–2020 average.

The latest outlook from the Climate Prediction Center lean toward a colder than normal start to summer, with equal chances of above and below normal precipitation in June.

1979: The owner of bill’s Bottle Shop isn’t concerned about House Bill 21. The Liquor Commission has proposed extending bar hours from 1 to 2 am and increasing the number of licenses from 25 to 32.

1935: The new filtering plan in Charleston has been placed in operation. The plant, which has a daily capacity of two million gallons, consists of three filter beds, mixing and settling beds. A booster pump takes care of pressure in case of fire. The water comes from deep wells. The addition to the Charleston waterworks was financed through funds on hand and by a small bond issue.

1965: An auto graveyard near Charleston is nestled between rolling hills along scenic Illinois 16.

1974: The Charleston Rotary Community Pool is located on approximately five acres of land directly behind the Junior High School.

1948: Charleston’s waterworks is being converted from diesel to electric power this week at a savings in costs of $500 a month, releasing 18,000 gallons of fuel oil a year for other uses. Oil tanks will be kept full to enable emergency use of the diesel engines which will remain in place although disconnected.


Get the latest local business news delivered FREE to your inbox weekly.