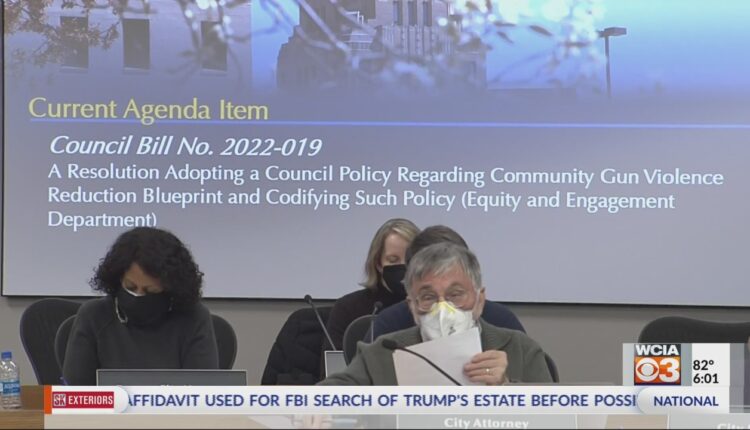 “I understand there’s going to be a lot of heavy lifting, but that’s with anything when you talk about change,” Mitchell said.

Mitchell’s efforts are part of the Gun Violence Reduction Blueprint Program. The Champaign City Council passed the proposal six months ago in February.

Mitchell has been at meetings regarding the blueprint since the beginning when it was all just an idea. The blueprint aims to reduce gun violence by connecting people with community organizations and supporting those organizations along the way as well.

Mitchell said he wants to change the narrative, the conversation, the attitude and the environment. He plans to do it with the help of his organization, First Followers. The group helps those involved with the criminal justice system.

He said that since the blueprint passed, he has seen a change.

“Organizations are coming together, and not solely working in silos as we’ve been accustomed to over the years,” he said. “There’s a lot of dialogue, shared conversation and I think we’re getting to a point where we’ve got a full understanding that it’s going to be a collaborative effort.”

The Equity and Engagement Department with the city is behind the program. They’re working with various partners such as STEAM Genius, Youth for Christ, DREAAM, First Followers, Carle Hospital, and Champaign County Housing Authority YouthBuild program.

“We have trauma support that’s being provided,” said Rachel Joy, Equity and Engagement Director. “We also have development services, services for people that have been or who are returning home who have been recently incarcerated or being released.”

An evaluator within the department will soon be able to research the impacts of the program. Joy said they will collect data and show the community what has been done with their efforts.

Starting next week, there will be regular meetings with nearby leaders. Mitchell will be there.

“We’ll be at the table just to lend our experiences and our insight on what we’ve been seeing here the last twelve months,” he said.

They are planning to use $6.2 million in federal American Rescue Plan money. Mitchell said that money will expire in 2024 and they are working on a plan to fill that gap.

For Kids With Kidney Disease, Pediatric Expertise Is Key — But Not Always Close By