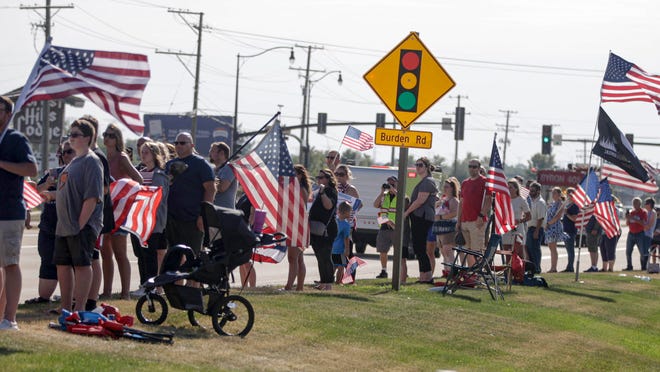 All along the route families, members of the armed services and law enforcement officers lined overpasses to show their support for Carlson and his family.

The 21-year-old Marine was killed during a military training exercise June 8. The Osprey aircraft crew chief died with four other Marines when the hybrid airplane and helicopter crashed in the California desert near the Arizona border.

Gun violence escalates in Urbana over past two years into “emergency” situation – CU-CitizenAccess.org