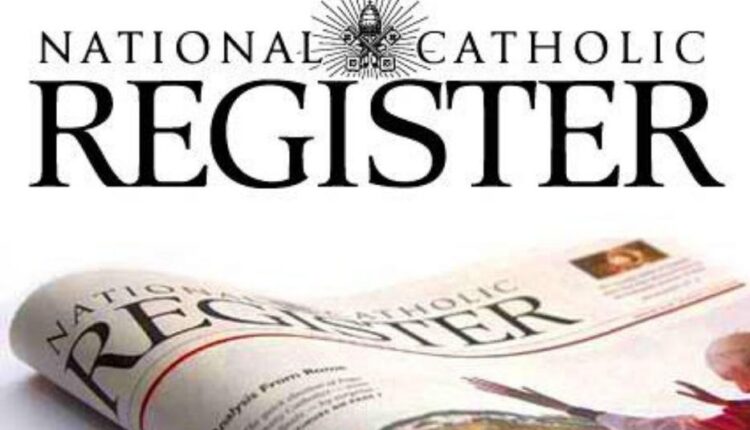 I was confused by the premise of the article “Maternity Leave and the Catholic Church” (page one, May 22 issue).

The author is making a case for Catholic organizations to provide ample maternity-leave benefits to female employees.

The first half of the article seems to argue on behalf of women who “don’t have a choice whether or not to stay home” — I can only assume that this statement is referring to the circumstances of dire poverty, such as insufficient food, unstable living conditions, extreme violent environments, etc.

And yet, the conclusion of the article — which traditionally reinforces the premise of an argument — includes a quote stating, “Women are the greatest untapped resource” (within the Church’s lay community).

Firstly, this statement, in presumably an effort to achieve equality between the sexes, in fact means the “untapped resources” of laymen.

Secondly — and more importantly — it sounds hauntingly like the Marxist ideal of pulling women away from “her truly regal throne to which she has been raised within the walls of the home by means of the Gospel” (see Pope Pius XI’s Casti Connubii, 75 ).

For if a woman is the “greatest” in the workforce then for her to stay at home would be a thwarting of her full potential.

The article also includes a statement from the Archdiocese of Chicago regarding its significant parental-leave policy: “[It] makes it easier for young people to remain employed by their faith communities, thus enabling them to fulfill their aspirations of contributing their gifts and talents for the benefit of the Church.”

Are women who stay at home then somehow falling short of contributing to the benefit of the Church? One of the greatest saints of our times was a young Carmelite nun who never left the confines of her cloister.

In summary, I ask: What is the import of this article?

To support women in dire need?

If so, a discussion of the evils responsible for that situation would be an appropriate and integral part of the discussion.

But if, as appears to be the case, the emphasis is on creating a permanent space for working mothers in Catholic organizations, then an honest examination of what that means to families and especially children, as well as society at large, is in order.

Relevant to recent Dobbs coverage: I recently read that the average US lifespan is just over 79 years, but this strikes me as little different than saying that it is 100-plus, if one excludes all who die at 99 years or younger. I’m pretty sure that it does not include those human beings who do not survive the womb, particularly the aborted.

Including these would likely drop the average lifespan drastically, but it would be more realistic, especially since these are every bit as voluntary as gun-inflicted deaths.

Admittedly, these numbers might be difficult to determine, but I’m confident there are professionals who can provide accurate estimates — including such fine details as entering IUD (intrauterine device) victims as -.75 years at death.

Congratulations on the excellent column by your publisher (“Going to the Extreme,” Opinion, May 8 issue) as to the next phase of the pro-life movement.

He pointed out that the pro-aborts are already seeking to permanently enshrine the killing of the unborn into state constitutions and legislation.

To resist this effort, the Catholic bishops will have to be more energetic than they have been to date: Their failure to teach, concerning the “preeminent” moral issue of our time, has been manifested by the unhappy support for pro-abort politicians by millions of under-informed Catholics. It has even been suggested, shamefully enough, that the hierarchy’s pro-life effort has been attenuated by a desire to avoid jeopardizing the inflow of federal funds to the USCCB for blanket immigration support and other arguable causes.

As one aspect of their leadership in the pro-life struggle, enforcement of Canon 915 by the bishops vis-à-vispro-abortion “Catholic” legislators is a must.

To change legislation, we have to change the legislators.

Culture Is the Problem

In the wake of Uvalde and other shootings, politicians and the mainstream media are rushing to blame their usual targets.

Meanwhile, thoughtful analysis is conspicuous by its absence. Allow me to suggest a different perspective.

“I have a right to anything I want whenever I want it,” from excessive material possessions to unlimited sex.

Closely coupled is moral relativism: “Your values ​​are no better or worse than mine.”

This is a deadly combination, quite literally.

A 2021 Pew survey found that fewer and fewer Americans attend religious services or even consider themselves members of traditional religious sects.

Commonly called “nones,” they now constitute 29% of American adults. That’s almost double the 16% Pew found as recently as 2007. While most of these people still try to teach their children old-fashioned ideas about right and wrong, many do not.

Once upon a time, public schools would reinforce, or even substitute for lack of, such parental instruction. But today that would constitute a violation of church/state separation.

Even the mention of “God” by a student or teacher can cause serious trouble.

A girl is suspended for saying “God bless you” when another student sneezed.

A coach is fired for praying on the field after football games.

Meanwhile, hate has become a coin of the realm. Demonstrations occur outside the homes of Supreme Court justices; Catholic justices are mocked; an archbishop is viciously attacked by the press; churches are vandalized; the Eucharist is desecrated. And we’re told that 2022 will be the “Summer of Rage.”

Against this cultural background, it’s no surprise that a few mentally unbalanced people allow hatred and anger to gain control and perform unspeakable acts — except that, in our “connected” society, such acts are no longer unspeakable.

Oh, it’s easy for politicians and the media to round up the usual suspects. But when the culture itself is the problem, where will it all end? If you’ll excuse the expression, God only knows.

Mr. Chapp makes a very good analysis in “Understanding the Holy Father: It’s All About the Moral Theology” (In Depth, July 3 issue). While he does not seem to recognize it, he makes a very good argument for a progressive view of moral theology. Yes, Humanae Vitae was deeply flawed, precisely because Pope Paul VI did not trust the Holy Spirit or Vatican II.

He went against the counsel of those he appointed to study the issue, for reasons that remain mysterious. His implementation of this encyclical was heavy-handed, and Pope John Paul’s even more so; but the encyclical was anything but infallible and remains deeply flawed.

The bishops who opposed Humanae Vitae were not wrong or disobedient, but prophetic.

It was not they who caused disunity in the Church, but rather the popes themselves, by backtracking from the spirit of Vatican II.

People left the Church in large numbers after Humanae Vitae in the US, even though the US bishops, unlike their European brethren, supported Pope Paul VI.

The shift toward proportionalism is urgently needed, precisely because the natural-law ethic is outdated, and no longer serves us. As Jesus says, “The Sabbath is made for man, not man for the Sabbath” (Matthew 12:8).

Larry Chapp responds: I am not quite certain how you surmise that my essay actually made a good case for a “progressive view” of moral theology, unless you are simply assuming that I am opposed to any reform of moral theology that goes beyond a simple reiteration of the natural-law moral theology of the past. Your logic seems to be that if I oppose proportionalism (and I do) that I must therefore be against any new thinking in the moral-theological domain. Nothing I wrote would imply that I am issuing a robust call for a return to certain stale categories from the past.

Your logic also seems to imply that there really is only one way to reform moral theology, and that is in the direction of consequentialism. I find that to be an empirically false assertion having no basis in empirical reality.

I also find it odd that you can rather dogmatically conclude that Pope Paul VI did not listen to the Holy Spirit. It is a sad fact of modern theological discourse in some circles that one so quickly assumes that one’s own view of things must be that of the Holy Spirit and, therefore, that those who disagree with you are not simply wrong, but acting in bad faith and against the will of God. That is a tiresome tactic and speaks of a certain intellectual laziness. And that is especially tiresome when the target is the Pope, who should be given a little more leeway than one would give to some boorish lout you are debating at the corner bar. Nor do you tell us why, exactly, Pope Paul was wrong and why exactly what he wrote in Humanae Vitae went against that other tiresome trope, “The spirit of Vatican II.” I assume, as with the Holy Spirit, that you are also somehow the arbiter of what the spirit of Vatican II is, as well.

There is also some post hoc ergo propter hoc thinking going on here, when you seem to claim that the decline in Catholic life after 1968 was the result of Humanae Vitae. I have no doubt that some Catholics, perhaps many, left the Church because of that issue.

But if statistics are to be believed, most Catholics just ignored the encyclical and went on contracepting, even as they continued to frequent the sacraments.

Indeed, one can find a version of it in St. Paul, as well as the Fathers. It is not an invention of the Middle Ages or of the Scholastics. They fine-tuned it, but its pedigree is much more ancient and is quite biblical. And that is the only “spirit” the Church should care about.