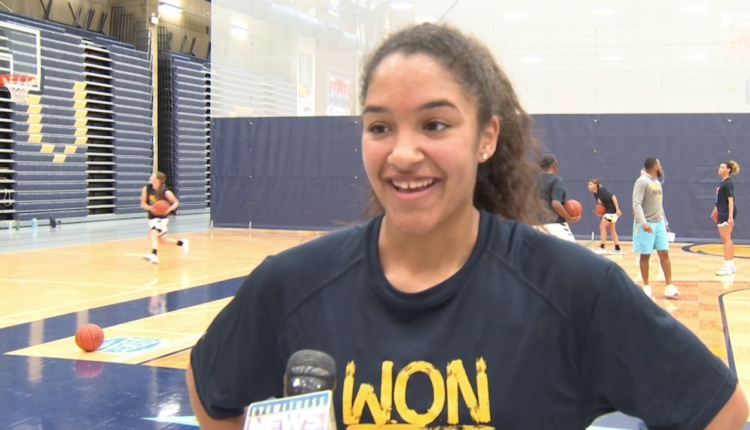 Cameron Blank, a graduate of Rockford Jefferson High School was recently named by the NJCAA as one of the 40 best female players in the country for all levels of NJCAA, one through three.

As a freshman last season, Blank led RVC in scoring by averaging 19.4 points per game. She also averaged more than ten rebounds per game.

Blank was pumped to learn of the honor. “I was very excited. I was like, not surprised, just happy. Really happy.

Rock Valley Coach Darryl Watkins has watched Blank blossom since her time at Jefferson. “She’s kind of went under the radar, and she’s just now being able to flourish and show those talents, so I wasn’t surprised (she was named Top 40). I’ve always kind of seen that in her. She’s stayed the course. She’s stayed bought-in, and now she’s getting a chance to showcase those talents at a top level.”

Blank gets to compete in a Top 40 Tournament next month in Georgia.