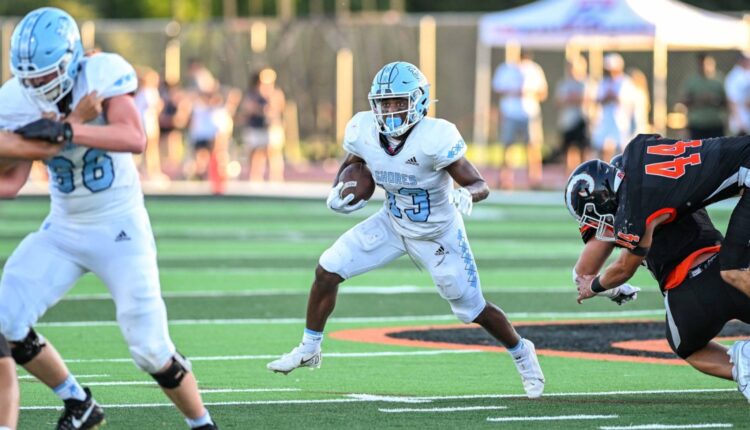 ROCKFORD—The Mona Shores Sailors had a commanding 27-7 third quarter lead over the Rockford Rams on Thursday evening before the host team ran off 24 unanswered points on the Sailor defense to hand Mona Shores a stunning 31-27 loss.

The game was played at Carlson Munger Stadium in Rockford before a packed house.

Rockford senior quarterback Mack VandenHout led the comeback tossing three touchdowns in the fourth quarter combined with a pair of defensive stops by the Rams.

Rockford scored on a safety with 2:33 remaining in the third quarter on a bad snap while the Sailors were punting the ball. The ball got by the Mona Shores punter and went out of the back of the end zone, cutting the Sailors lead to 27-9 going into the fourth quarter.

With 7:12 remaining VandenHout scored on a 20-yard touchdown run and the Rams converted the two point extra conversion to narrow the Mona Shores lead down to 27-17.

The Rockford defense came up with an interception at the Sailors 26-yard line.

On the next play VandenHout found Alex Mclean on a 26-yard touchdown play. The Rams converted the extra point kick to trim the Mona Shores lead down 27-24.

The Sailors were forced to punt on their next possession when they failed to get a first down.

VandenHout and Rockford struck quickly when he connected with Brody Thompson on a 59-yard touchdown pass play. The Rams converted on the extra point kick and completed the comeback taking a 31-27 lead with 4:01 remaining in the game.

Mona Shores put a drive together late in the game but came up short on a 4th and 6 from the Rockford 40-yard line.

Rockford put the game away picking up two first downs in the last four minutes of action.

Offensively the Sailors were led by senior running back Damir Farnum who rushed for 71 yards on 29 carries. Brandon Bankard picked up 36 yards to go along with two touchdowns on seven carries and Ke’Vaun Farnum rushed for 21 yards ond one touchdown on seven carries. He also caught three passes good for 44 yards. Jaylen Vinton had six receptions good for 38 yards.

Sophomore quarterback Jonathan Pittman completed 9-f-18 passes for 82 yards. He was picked off once.

On defense, Mona Shores was led by Vinton with four tackles. Trent Rosenthal and Andrew Baker each registered 3.5 tackles. Rosenthal also had one interception on the evening.

VandenHout led the Rams offense completing 10-of-17 passes for 249 yards to go along with throwing three touchdowns. He rushed 15 times for 80 yards.

The Rockford defense was led by Rick Beason who had eight tackles and an interception. Colby Weston added 6.5 tackles for the Rams.

Mona Shores (1-1) will be back in action on Friday evening, September 9th when they host Holland (0-2) in an OK Conference-Green matchup.

Game time is set for 7pm. 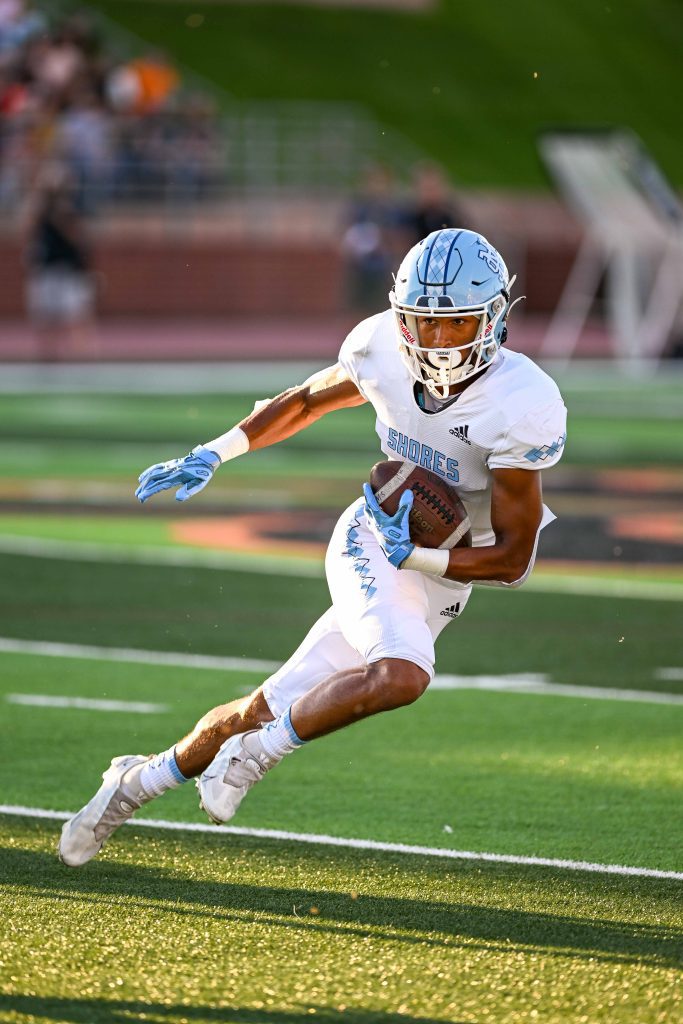 Jaylen Vinton cuts to the outside. Photo/Eric Sturr 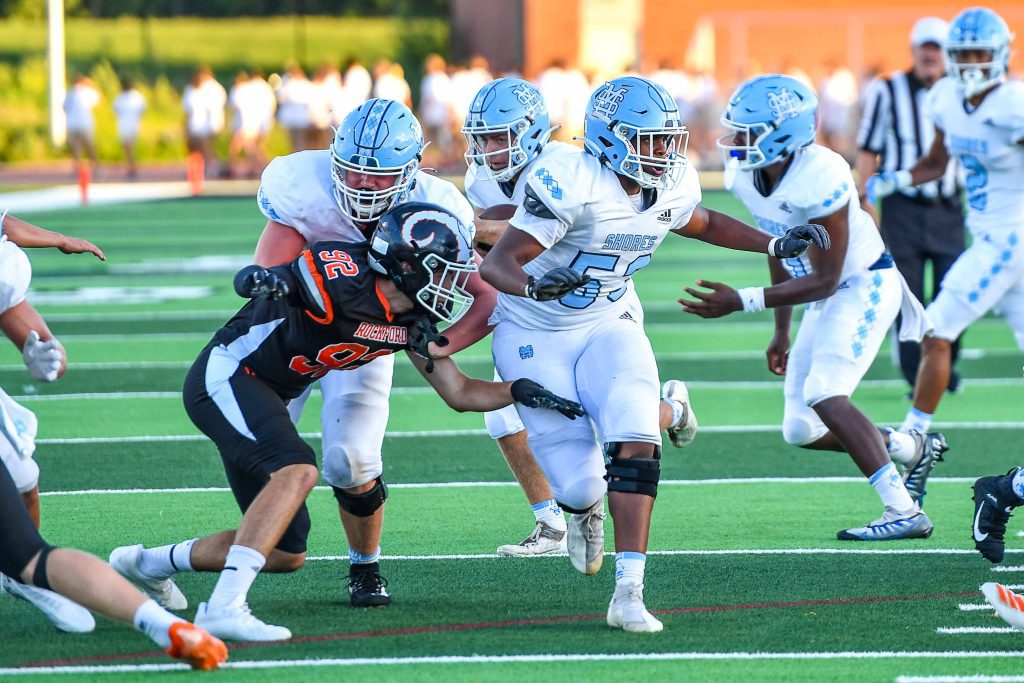 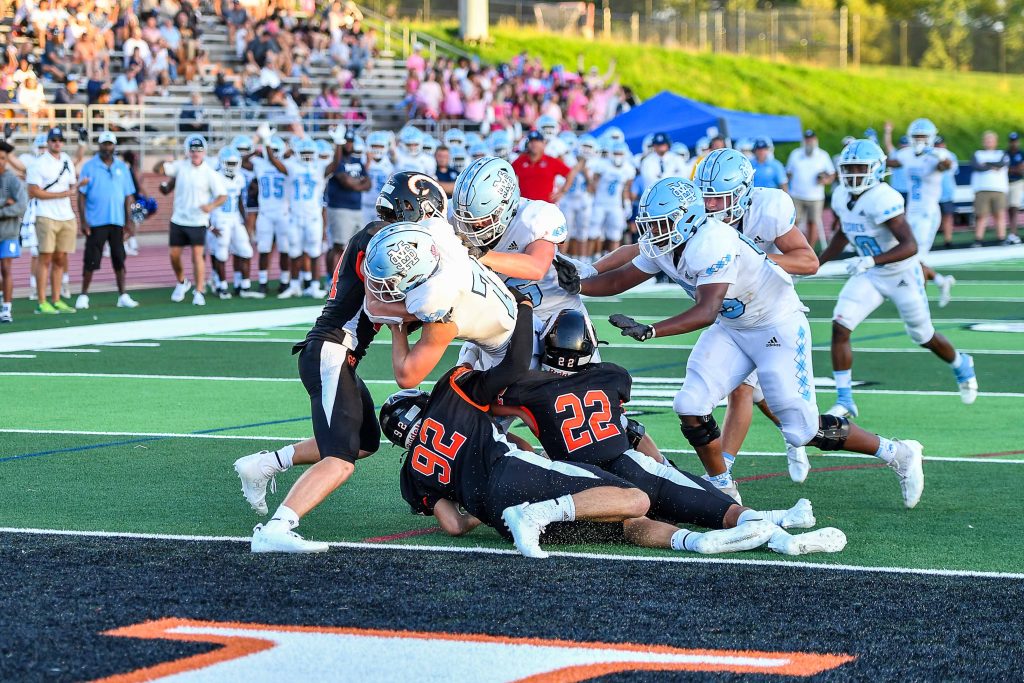 Brandon Bankard will not be denied the end zone as the Sailor extend their lead to 20-0 late in the 2nd quarter. Photo/Eric Sturr 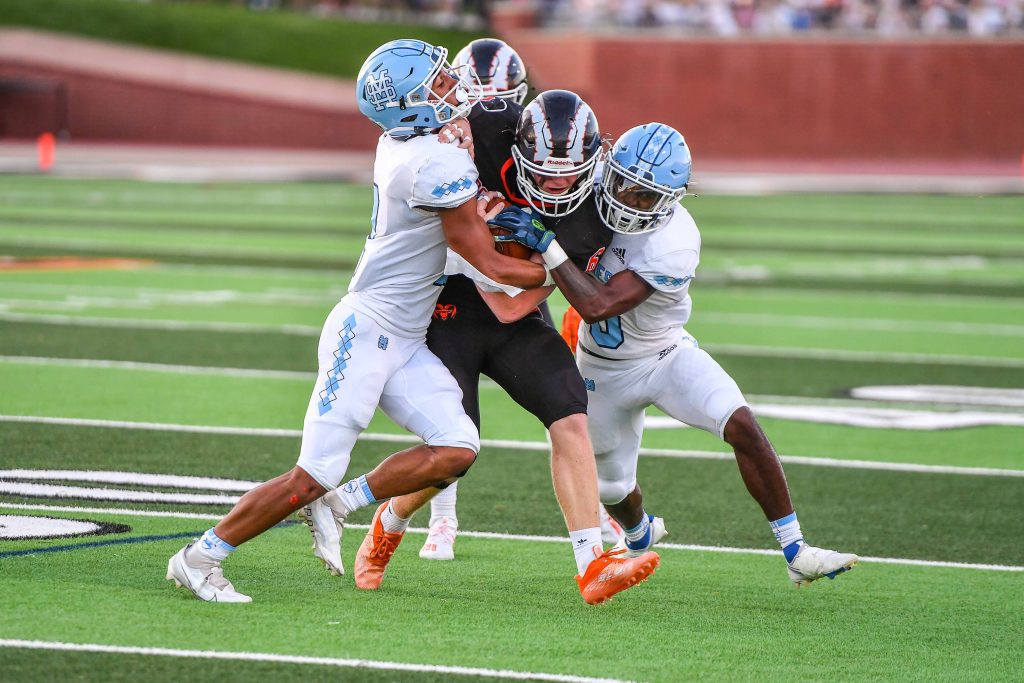 Jaylen Vinton and David Frederick Jr team up on the tackle. Photo/Eric Sturr 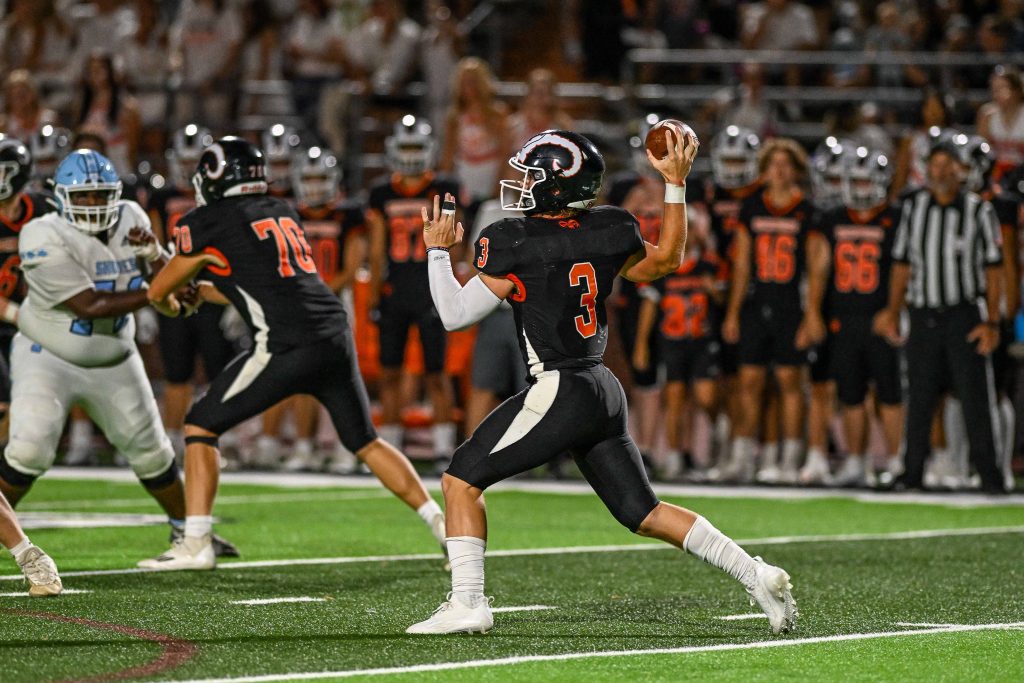 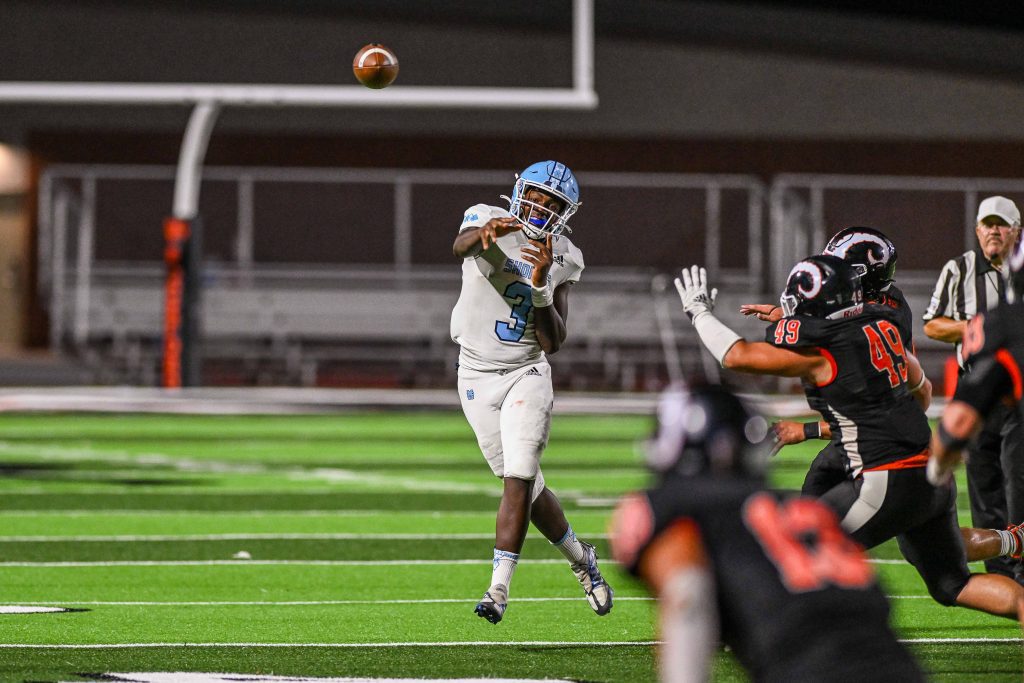