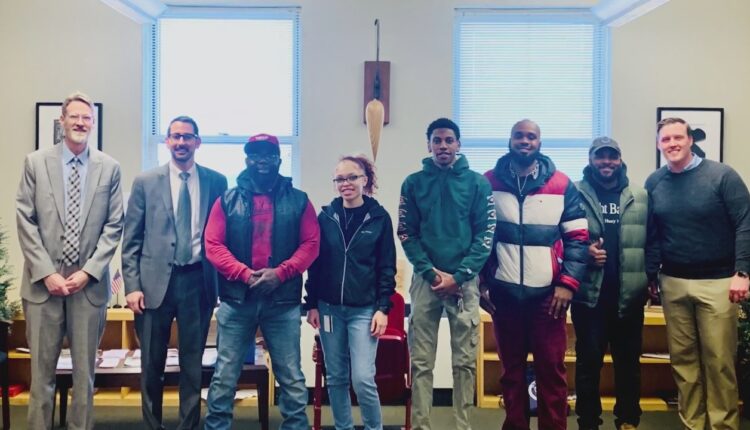 ROCKFORD, Ill. (WTVO) — An agreement passed by Rockford City Council members in April would allow young people to gain skills in a trade.

The group finished their first project months later, pouring a little over 3,000 linear feet on concrete in Rockford. Some of the mentees of the program said that working in the heat was a challenge, but it was all worth it when they saw the finished product.

“It’s been a good opportunity to help the city out and helping ourselves out at the same time,” said mentee Dajuan Ford.

Ford and Demarea Mabry took part in the “Workforce Development Program” through the City of Rockford. The two, along with a handful of other young adults, gained experience with concrete work under the mentorship of LT Construction, a local minority-owned company.

“We did sidewalk on the southside,” Ford said. “Michigan and Cole, and it’s a long way all the way down to the elementary school, so its giving them somewhere to walk instead of the side of the street.”

Mabry is the only girl in the group, and she said that she had never even picked up a hammer before this.

“They don’t make me feel less than a woman or anything. They make me feel like one of them,” Mabry said. “I never seen myself as a concrete finisher, but I’m actually pretty good at what I do, so.”

The group was recognized for their hard work on Tuesday in front of city council. Albert “Tank” Weathers, owner of LT Construction, could not be more proud.

“They did anything that was required of them, and I pray that doors open,” Weathers said. “Don’t shut the doors on them. They deserve the opportunity that I had.”

His mentees gave all the praises to “Tank,” saying that he pushed them to be better.

“He’s just a great role model to young men and shows you what you can be in the future, as long as you stay mentally ready and strong,” Ford said. “He’s a great person to be around and learn from with all the experience that he has.”

Three out of the five mentees in the program have been hired by local contractors. The city is looking to hire three new workers for the next phase.