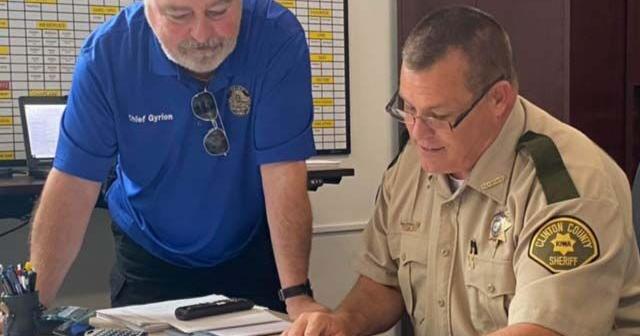 CLINTON – Following the May 24 mass school shooting in Uvalde, Texas, two sessions on how to manage active shooter situations have been scheduled in January of next year for agencies throughout Clinton County as well as Clinton School District administration.

“It would be providing all our first responders in a consistent manner to respond to this type of an incident,” Clinton County Sheriff Bill Greenwalt says. “You can’t put a price tag on our kids’ safety, our teachers’ safety, our school safety overall.”

The Clinton County Board of Supervisors on Aug. 17 approved funding four days of training at a cost of $75,000. The money will come from American Rescue Plan Act funds awarded to the county in 2021.

Each session is capped at 30 students. The two as-yet unscheduled sessions will be set for a later date.

The training is a two-day course that focuses on response integration and the incident command structure of this type of situation. The second day of the training integrates the school districts and involves the reunification of students.

“We engage the students in the learning through a pretty challenging tabletop exercise,” Chief JP Moore, IFSI assistant director, said.

Poker chips are used to mark the positions of each person and vehicle in these exercises that are designed to create a pressurized situation that challenges decision making.

“It was probably the first time where I felt there is an organized response in terms of roles and communication in a very chaotic situation, which has always been my worry,” Clinton School District Superintendent Gary DeLacy told the school board in August. “I mean, you can drill, drill, drill, but if the real thing happened, what would happen?”

The $100 million investment in the safety of Iowa schools announced by Iowa Gov. Kim Reynolds on June 14 equals up to $50,000 per building to be used to implement safety measures or improvements after vulnerability assessments have been conducted. Those will done in November, DeLacy said at the annual Vision of the District address Thursday at Rastrelli’s Restaurant.

DeLacy explained the grant can be used to enhance communications and equipment, such as security cameras and their increased server capacity to allow footage to be saved for longer periods of time. More importantly, he says, there should be a School Resource Officer in every building and there isn’t funding there to do that.

Mass shootings, defined by the FBI as incidents in which four or more people are killed, have been on the rise in recent years. According to the Gun Violence Archive, there have been over 300 mass shootings in 2022 so far.