The Art Of Writing & Speaking The English Language : Chapter I – Diction 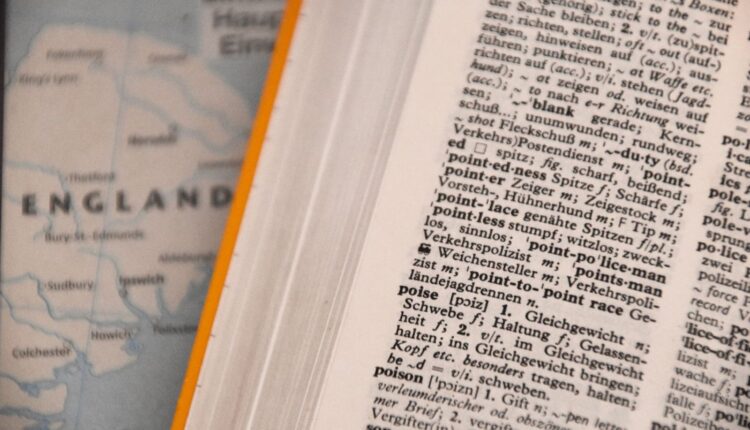 The Art Of Writing & Speaking The English Language Word-Study, by Sherwin Cody is part of HackerNoon’s Book Blog Post series.

The Art Of Writing & Speaking The English Language Word-Study, by Sherwin Cody is part of HackerNoon’s Book Blog Post series. You can jump to any chapter in this book here.

“Diction” is derived from the Latin dictio, a word, and in rhetoric it denotes choice of words. In the study of grammar we have learned that all words have logical relationships in sentences, and in some cases certain forms to agree with particular relationships. We have also taken note of “idioms,” in which words are used with peculiar values.

On the subject of Arlo Bates’ idiom in his book On Writing English has some very forcible remarks. Says he, “An idiom is the personal―if the word may be allowed―the personal idiosyncrasy of a language. It is a method of speech whereby the genius of the race making the language shows itself as differing from that of all other peoples. What style is to the man, that is idiom to the race. It is the crystallization in verbal forms of peculiarities of race temperament― perhaps even of race eccentricities …… English which is not idiomatic becomes at once formal and lifeless, as if the tongue were already dead and its remains embalmed in those honorable sepulchres, the philological dictionaries. On the other hand, English which goes too far, and fails of a delicate distinction between what is really and essentially idiomatic and what is colloquial, becomes at once vulgar and utterly wanting in that subtle quality of dignity for which there is no better term than distinguished.”*

*As examples of idioms Mr. Bates gives the following: A ten-foot (instead of ten-feet) pole; the use of the “flat adverb” or adjective form in such expressions as “speak loud.” “walk fast,” “the sun shines hot,” “drink deep;” and the use of prepositions adverbially at the end of a sentence, as in “Where are you going to?” “The subject which I spoke to you about,” etc.

We therefore see that idiom is not only a thing to justify, but something to strive for with all our might. The use of it gives character to our selection of words, and better than anything else illustrates what we should be looking for in forming our habit of observing the meanings and uses of words as we read.

Another thing we ought to note in our study of words is the suggestion which many words carry with them in addition to their obvious meaning. For instance, consider what a world of ideas the mere name of Lincoln or Washington or Franklin or Napoleon or Christ calls up. On their face they are but names of men, or possibly sometimes of places; but we cannot utter the name of Lincoln without thinking of the whole terrible struggle of our Civil War; the name of Washington, without thinking of nobility, patriotism, and self-sacrifice in a pure and great man; Napoleon, without thinking of ambition and blood; of Christ, without lifting our eyes to the sky in an attitude of worship and thanksgiving to God. So common words carry with them a world of suggested thought. The word drunk calls up a picture horrid and disgusting; violet suggests blueness, sweetness, and innocence; oak suggests sturdy courage and strength; love suggests all that is dear in the histories of our own lives. Just what will be suggested depends largely on the person who hears the word, and in thinking of suggestion we must also reflect on the minds of the persons to whom we speak.

The best practical exercise for the enlargement of one’s vocabulary is translating, or writing verses. Franklin commends verse-writing, but it is hardly mechanical enough to be of value in all cases. At the same time, many people are not in a position to translate from a foreign language; and even if they were, the danger of acquiring foreign idioms and strange uses of words is so great as to offset the positive gain. But we can easily exercise ourselves in translating one kind of English into another, as poetry into prose, or an antique style into modern. To do this the constant use of the English dictionary will be necessary, and incidentally we shall learn a great deal about words.

As an example of this method of study, we subjoin a series of notes on the passage quoted from Franklin in the last chapter. In our study we constantly ask ourselves, “Does this use of the word sound perfectly natural?” At every point we appeal to our instinct, and in time come to trust it to a very great extent. We even train it. To train our instinct for words is the first great object of our study.

Notes on Franklin.
(See “How Franklin Learned to Write” in preceding chapter.)

1. “The female sex” includes animals as well as human beings, and in modern times we say simply “women,” though when Franklin wrote “the female sex” was considered an elegant phrase.

2. Note that “their” refers to the collective noun “sex.”

3. If we confine the possessive case to persons we would not say “for dispute’s sake,” and indeed “for the sake of dispute” is just as good, if not better, in other respects.

4. “Ready plenty” is antique usage for “ready abundance.” Which is the stronger?

5. “Reasons” in the phrase “strength of his reasons” is a simple and forcible substitute for “arguments.”

6. “Copied fair” shows an idiomatic use of an adjective form which perhaps can be justified, but the combination has given way in these days to “made a fair copy of.”

7. Observe that Franklin uses “pointing” for punctuation, and “printing-house” for printing-office.

9. Note how the use of the word sentiment has changed. We would be more likely to say ideas in a connection like this.

11. For “laid me under …… necessity” we might say compelled me, or made it necessary that I should.

12. “Amended” is not so common now as corrected.

13. For “evading” (attendance at public worship) we should now say avoiding. We “evade” more subtle things than attendance at church.

There are many other slight differences in the use of words which the student will observe. It would be an excellent exercise to write out, not only this passage, but a number of others from the Autobiography, in the most perfect of simple modern English.

We may also take a modern writer like Kipling and translate his style into simple, yet attractive and good prose; and the same process may be applied to any of the selections in this book, simply trying to find equivalent and if possible equally good words to express the same ideas, or slight variations of the same ideas. Robinson Crusoe, Bacon’s Essays, and Pilgrim’s Progress are excellent books to translate into modern prose. The chief thing is to do the work slowly and thoughtfully.

Photo by Waldemar Brandt on Unsplash

by Sherwin Cody @sherwincody.American writer and entrepreneur who developed a long-running home-study course in speaking and writingRead my stories