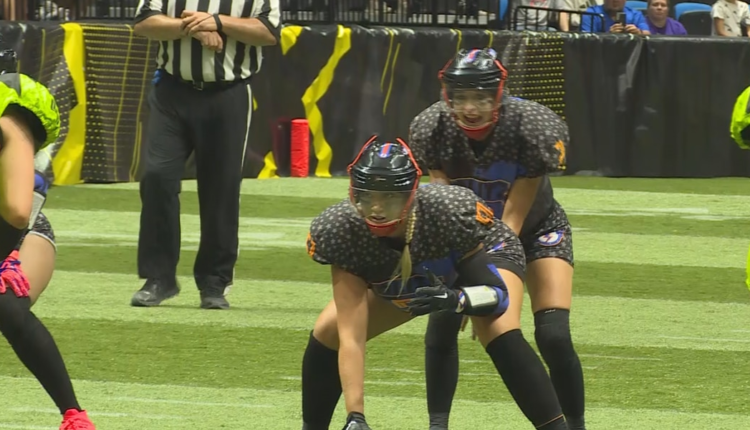 ROCKFORD, Ill. (WIFR) – After years of playing the waiting game, a couple of Rockford athletes look to make history this weekend as the Chicago Blitz play in the X League title game.

Lutheran grand Stephanie Raymond-Young and Guilford grad Emma Vanderheyden lead the Blitz into the inaugural X Cup Championship in Austin, Texas. The X League was supposed to start in 2020 but was delayed because of the pandemic. After a shortened three game season and a rematch against Seattle in the semifinals, the Blitz take on Atlanta in a matchup of the last two unbeaten teams.

The women landed in Austin Thursday afternoon. They believe it’s their time.

“This is exactly what we wanted it to be and where we expected to be. So, to see it all culminate and come together, it’s just perfect. We’re here. We knew we were going to be here. We’re ready to be here and this was part of the plan all along.”

Raymond-Young has quarterbacked the Blitz to the number one ranked offense in the league. She’s beaten teams with her arm and her legs, ranking second in rushing and fourth in passing. She also kicked the game-winning extra point to send the Blitz to the title game. Raymond-Young knows this means everything to them.

The X League will host their league awards ceremony across all of its social media platforms on Friday, Sept. 9. Raymond-Young is a nominee for the Most Valuable Player and Offensive Player of the Year.

The X Cup will take place on Saturday, Sept. 10 at the HEB Center at Cedar Park. Kickoff is set for 7 pm You can learn more about the matchup and how to watch here.