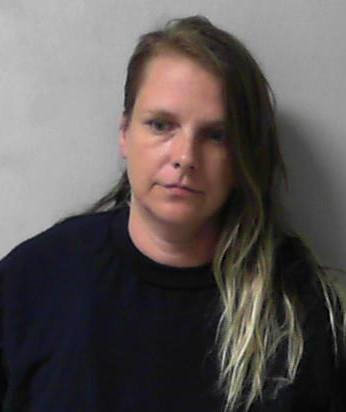 First, officers stopped a vehicle at the 100 block of West Main Street at Russells Point for an expired registration violation just before 3 o’clock.

The driver gave authorities false information several times. A passenger in the car eventually identified the driver as Patricia Meyers, 43, of Bellefontaine.

Officers learned Meyers had a warrant out of Champaign County and had a suspended driver’s license.

She was placed under arrest and lodged in the Logan County Jail.

Meyers was charged with Felony identity fraud and driving under suspension.

Later Wednesday night around 10 o’clock, officers were on patrol in the area of ​​Route 33 and Township Road 239 and observed a vehicle traveling with an equipment violation.

A traffic stop was initiated and a female passenger gave authorities a false name.

Officers ran the information given and her picture did not match. She was asked about a neck tattoo and stopped talking.

The female was placed under arrest and advised authorities her real name is Erin Douglas, 31, of Kenton.

Douglas said she lied because she had an active warrant out for her arrest.

She was lodged in the Logan County Jail and charged with felony identity fraud.

The others were released from the scene.

The Russells Point Police Department assisted with both traffic stops.