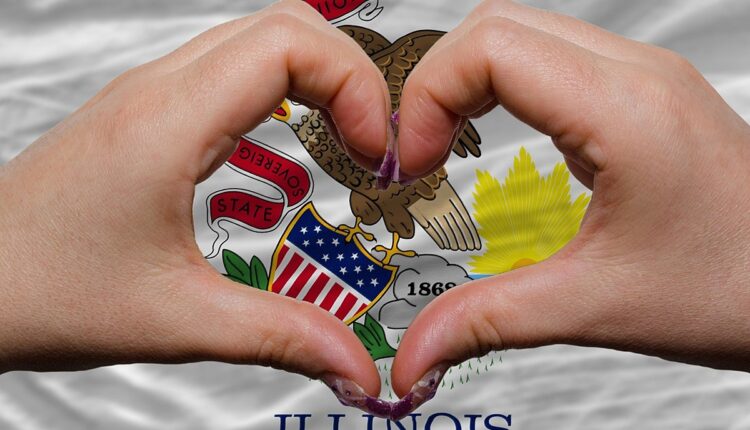 It’s no secret that Illinois has its struggles, but what state doesn’t?

While Illinois’ mess may be more extreme than other states in the nation, I still can’t bring myself to completely [email protected]%t on it to everyone who will listen 24/7…I’m just not that kind of person . Do I get frustrated? sure! Do I hate how much money we pay in taxes? Absolutely! Am I moving out of Illinois soon? NOPE, so I better make the best of it.

Things Illinois Is Most Well Known For

The state of Illinois is known for a lot of things, most often, our high taxes, crime rates, and crooked politicians, but in reality, Illinois is so much better than that!

Due to my rose-colored-glasses nature, when I start to feel unpleasant about my home state I go on a search for positive things about Illinois. Sometimes those searches involve feel-good stories about extraordinary Illinois citizens, and other times I search for fascinating, widely unknown facts about Illinois. Today is a “fascinating facts” kind of day.

5 Positive Things Illinois Is #1 At

When you search for good things about Illinois, you’ll find a lot of articles and figures involving our farmland, corn crops, and pumpkin production. You’ll also find several surveys saying Illinois is among the top of many “most fun states” lists, (thank you, Chicago). So, what other POSITIVE things should Illinois be best known for? Here are four facts I think should be added to the list:

1. Grooming Memorable Presidents – Several of the US’s best and/or most headline-making Presidents like Abraham Lincoln, Barack Obama, and Ulysses S. Grant are from Illinois, but only Ronald Reagan was actually born and raised here. Illinois was also the first state to abolish slavery.

Photo by Caspar Rae on Unsplash

Photo by Caspar Rae on Unsplash

2. Illinois Has the Most Green-Friendly Buildings in the Nation – Our states Green Building Act requires construction companies to meet “strict national green building standards and reduce their energy usage, improving them for their occupants and the citizens of Illinois”.

3. Cool Inventions – I’m assuming that you’ve heard that the zipper and the Ferris wheel were invented in Illinois, but did you know that the cell phone, tv remote, skyscraper, and modern-day search engine were invented here too?!?

4. The First Nuclear Reactor Was Built in Illinois – Illinois is #1 when it comes to producers of nuclear energy, and we have more nuclear plants than any other state.

Want to know more fascinating things about Illinois? Check these out…

20 Fascinating, Unknown Facts About the State of Illinois

Because of Texas Abortion Law, Her Wanted Pregnancy Became a Medical Nightmare