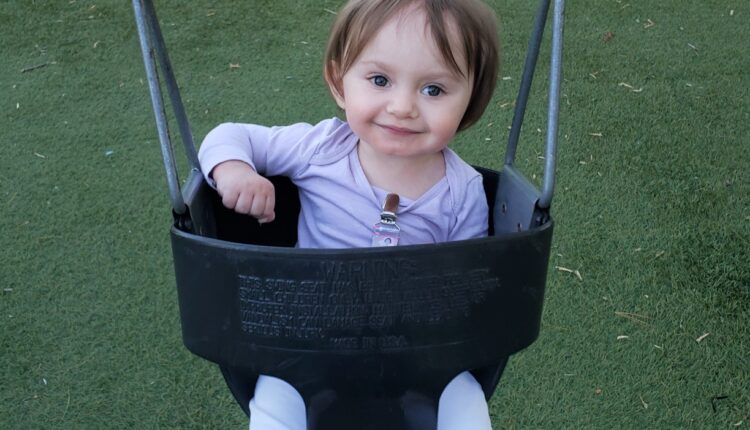 The Piccolo device was approved by the US Food and Drug Administration (FDA) in 2019 for use in premature babies. Less than the size of a pencil eraser at four millimeters, it’s one of the smallest devices that can be used to close a PDA. It doesn’t require surgery but is fed through a vein in the leg into the heart. After thoroughly vetting it to make sure it was safe, doctors at OSF HealthCare Children’s Hospital of Illinois in Peoria used the Piccolo device to fix Journey’s heart in 2021 when she was less than two months old.

“Because their heart is so small, it’s almost the size of a peanut trying to get through there. And doing the procedure would run the risk of damaging the tricuspid valve. So I wanted to make sure that they were not reports of too many problems or complications with it before doing it here,” says Dr. patel

“Almost immediately after she had the surgery, you’d notice the difference of her feeding and stuff like that. She was breathing easier and wasn’t as tired and she went from eating just a couple of mils to eight to 10 and then all sudden just kept going up from there. I can’t believe this little thing did all this for us,” says Lindstrom.

Add’s Dr. Patel: “We were able to successfully close her PDA using the one of the smallest devices that we have. And then after that she was able to feed by mouth did not need the NG and she went home and she’s doing well and she’s doing great. We were able to do it through the vein, we did not even access the artery in her case, because of the risk of causing a clot or anything in the artery. So that’s why we did it with just the femoral vein.”

OSF Children’s Hospital is one of a limited number of centers – and the only one in downstate Illinois – to offer the Piccolo device (Journey and her family live in East Moline, Illinois and make the trip to Peoria.). Doctors have performed five such procedures to date, one on a baby weighing just over 1.5 pounds. It takes an entire team of caregivers for the procedure to be successful.

“It’s definitely not (something) you can get anywhere in the country. It has to be a good setup like we have here. You have to have cardiologists who are trained with the procedure and we certainly do have that at OSF,” says Subhrajit Lahiri, MD, also a pediatric cardiologist with OSF Children’s Hospital.

“The procedure is actually very safe. In fact, what the studies have shown that if you’re using a Piccolo device, the smaller the child is, the safer it is. And the reason being this PDA the one we close, get short with age. So the longer the duct is we have more room to put the device in and when they get bigger, they actually get smaller.”

In the past doctors would have to use a surgical option to treat neonates with PDAs, and that can come with other potential complications. Doctors say placing the Piccolo device is a quick procedure with a fast recovery getting the baby back on track and growing.