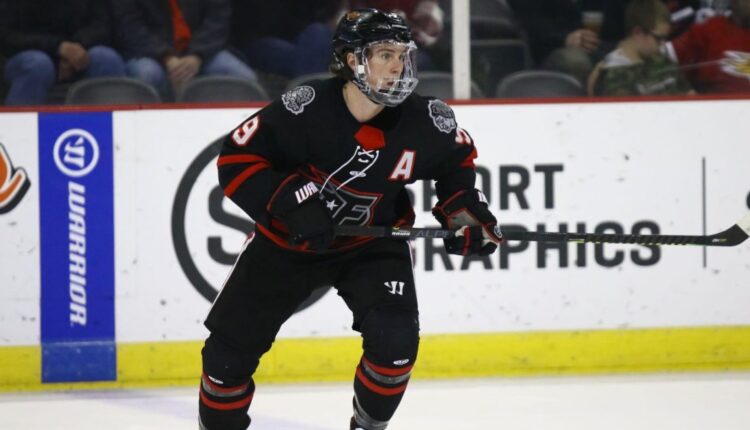 The Rockford IceHogs today announced that forward Seamus Malone has signed a one-year American Hockey League contract with the club for the 2022-23 season.

Malone, 26, finished third in team scoring with the IceHogs’ ECHL affiliate, the Indy Fuel, last season, netting 21 goals and 27 assists for 48 points in 62 contests and served as an alternate captain. The Naperville, Ill. native enters his fourth full professional season after skating with the Fuel in each of the last two seasons. During his rookie campaign in 2019-20, Malone dressed in 35 games with Utica (AHL), adding five points (4G, 1A).

Prior to turning pro, Malone completed a four-year career at the University of Wisconsin (2015-19) and skated alongside IceHogs defenseman and Blackhawks prospect Wyatt Kalynuk. With the Badgers, the 5-foot-10, 181-pound center totaled 104 points (33G, 71A) in 143 contests. A local Chicagoland product, Malone skated with the Chicago Mission youth hockey program from 2009-11 and was coached by IceHog’s Interim Head Coach Anders Sorensen.

How Rockford-area residents voted on referendums in primary election