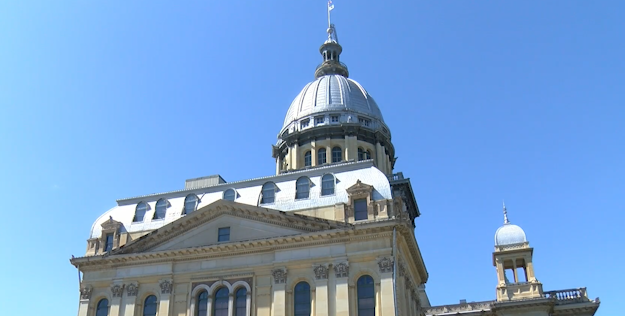 CHAMPAIGN COUNTY, Ill. (WCIA) — “I feel like this is a real slap in the face to teachers,” retired Paxton-Buckley-Loda teacher Vicki Good reacted to Monday’s news that an Aetna Medicare Advantage plan will officially be the only health insurance option for roughly 140,000 retired state workers for the next five or more years. It’s an outcome seniors in Champaign and surrounding counties feared for months.

United HealthCare, the company that previously held the PPO contract that Aetna will step into Jan. 1, appealed the decision by the Illinois Department of Central Management Services (CMS) in July. The state’s Chief Procurement Office denied the protest, CMS confirmed late Friday.

Previously, there were a handful of companies for state retirees to choose between but that is set to sunset at the end of the year. Aetna will be the sole insurer after selling the state on a group PPO (Preferred Provider Organization) plan that the company has not previously offered in Illinois.

Aetna and state representatives were confident in the upcoming plan’s ability to provide an adequate network of doctors under federal network adequacy standards.

“So I’m still upset,” Good began in a Monday morning interview. “It doesn’t give you any sense of security.”

She’s been struggling to find various doctors that would be covered under her plan since early this year when Aetna Medicare plans stopped being accepted at Carle Health facilities within an hour of Champaign, including a network of more than 500 doctors.

“I am concerned about Aetna,” she said. “They’re making it sound like that they have all these people to help us, all these doctors that can help us. And yet, when you actually try to find something, it isn’t what it looks like on the surface.”

These days, Good is looking at needing multiple hand surgeries for carpal tunnel, including a joint replacement. All of the above require a hand surgeon, which is a specific type of orthopedic specialist.

“[My primary care doctor] said, ‘I know a good one at Carle, but you can’t go to Carle because of, you know, because you’re with Aetna,’” she explained. “So he is sending me to Springfield.”

In the meantime, Good said she called Aetna to see if there happened to be any closer options. A representative on the phone sent her a list of 27 doctors.

“I don’t think I want to go to a walk-in clinic looking for a hand specialist.”

The remainder of the list was more of the same or repeated names.

Aetna’s upcoming Medicare PPO plan should, in theory, come with more options than the Medicare HMO plan she’s on. Because of a federal waiver, the PPO-ESA (or Extended Service Area) plan allows patients to see some out-of-network doctors at an in-network rate if the doctor’s office or hospital chooses to see that patient.

A representative with Carle Health — the ‘major provider’ of Central Illinois and a staple for a concentrated population of state retirees in-and-around Champaign County — said late Monday that Carle Foundation Hospital in Urbana and Carle Physician Group (those 500+ doctors ) are still evaluating their “ability to support these passive PPO members,” citing cost concerns and “awaiting a formal announcement of a payor contract decision from the State.”

The CVS-owned insurance company called on Carle Health to “maintain their focus on the health and well-being of Illinois retirees by continuing to see them as patients as they do today.”

The Carle communications official called the assumption by CMS and Aetna that Carle doctors ‘should’ be available in the same way they have been for retirees on the state’s current United HealthCare PPO plan “broad and misleading.”

“It’s very unfortunate that individuals in our communities have been and likely will be placed in a situation in which they will have to find an out-of-network provider locally or travel outside the region as a result of the passive PPO offering and the lack of contracted providers offered,” an email from the Carle representative late Monday read.

No Medicare Advantage plans are accepted at Carle Foundation Hospital or with Carle Physician Group, including the currently state-contracted United HealthCare plan. Aetna Medicare was the last chip to fall.

“As insurers are becoming increasingly more difficult for providers to deal with, making it more costly for providers, creating more administrative hoops to jump through, and denying payment for services rendered, providers across the country are reconsidering who they contract with and whether they will be able to afford to continue to see out-of-network members,” Carle Health communications said in response to a question of why the facilities and provider group no longer contract with Medicare Advantage plans.

There’s been no response from Aetna regarding the nature of contract negotiations with Carle Health, only that the company says it’s open to revisiting the conversation.

“I was very seriously considering switching to United Health[Care],” Good said. “Of course, now there’s no United Health option. It’s only an Aetna option, and that seems to be almost like a monopoly to me.”

Cutting the HMO option for retirees could pose a legal concern for CMS. The state’s labor contract with AFSCME Council 31 — the Illinois branch of the American Federation of State, County and Municipal Employees — specifically states that “the State shall continue to offer enrollment in HMOs.” Whether that extends to retirees is unclear from an email statement from AFSCME in response to contract questions.

“The terms of the retiree health insurance program are set forth in our collective bargaining agreement and must be met for the upcoming 2023 plan year,” Martha Merrill, Director of Research and Employee Benefits for AFSCME Council 31, said.

But why did CMS cut out options? Because 90 percent of enrollees already choose the PPO plan, according to Cathy Kwiatkowski, deputy director of communication and information at CMS.

The remaining 10 percent enrolled in the HMO options is nearly 20,000 people.

Aetna also offered the state a $0 premium for the initial five-year contract term, Kwiatkowski cited in support of the singular option.

It doesn’t appear retired or employees will get a $0 premium. Although the plan will come with a “significant reduction” in contributions for retirees and dependents, Kwiatkowski said.

For the dozens of retirees who’ve called, emailed and messaged WCIA 3 News, it’s not about the money. It’s about keeping the doctors they’ve grown to trust at a critical time in their lives for medical care.

“I didn’t make big bucks when I was teaching, but I taught because I loved it. And part of teaching, I always knew that there was going to be a pension there for me, and I would have health care,” Good said summarizing her remaining fears and frustration.

“And now they’re just kind of reneging on their promises to us of, you know, what they would provide for us after we retired.”

Some state lawmakers have also been puzzled by the bidding process, including COGFA Co-chair Sen. Dave Koehler, (D) who said Monday that retirees should have options.

Sen. Koehler said CMS is required to present the new contract to lawmakers on the Commission on Government Forecasting and Accountability, but that meeting isn’t expected until the spring, too little too late for any change.

Koehler, after learning reporter questions and retiree concerns were going largely unanswered, penned a letter to the state agency in September asking, in part, “How did CMS determine adequate network coverage” during the TRAIL MAPD bidding process?

“Offers to this Request for Proposal (RFP) were required to demonstrate compliance with standards set by the authority having jurisdiction, the Federal Center for Medicare & Medicaid Services,” CMS responded in writing.

If our previous reporting and Vicki Good’s hand surgeon list are any indication, independent verification of insurer-provided networks has revealed a plethora of inaccuracies.

CMS did not respond when Target 3 reporters asked directly if independent verification was a part of the process.

Open enrollment for state retirees has been pushed back to Nov. 1 from the typical Oct. 1 starting date. The new plan will go into effect for enrollees Jan 1.

“Communication regarding the change to the MAPD PPO plan will begin within the next couple of weeks, with open enrollment decision guides mailed by the end of October. Members will also receive communications directly from Aetna and the Center for Medicare and Medicaid Services. The State of Illinois will be issuing several communications to retirees, detailing the changes, including announcement home mailers, letters, emails, and in-person seminars during the open enrollment period,” Kwiatkowski added.

Aetna’s contract lasts at least an initial five years “with a guaranteed $0 premium for the initial term,” Kwiatkowski explained. “There are an optional 5 years of renewals.”

State retirees are not involved in the decision-making process, another source of complaints over the past several months.

Contacting state legislators via phone or email is the most local way to share complaints.

Medicare complaints are filed here with the US Centers for Medicare and Medicaid.

United HealthCare did not respond to request for comment as of this report.