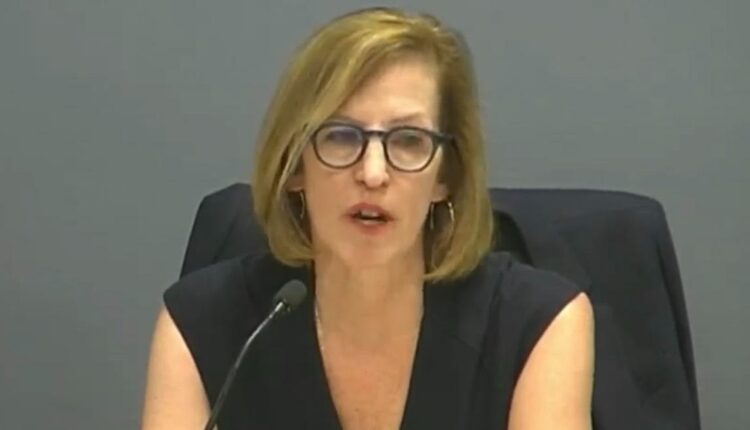 Two members of Evanston City Council tell Evanston Now that staff objections to Carol Mitten as the next city manager played a key role in her not being hired.

Mitten, city administrator in Urbana, Illinois, was the only finalist candidate as Evanston’s council tried for the third time in less than a year to hire a manager. Two previous attempts failed as the leading contenders backed out.

Ald. Jonathan Nieuwsma (4th) said, “As in the two other recent efforts we had a panel of city staff members that met with Carol and it was their feedback that really tipped the scale for me.”

“The most impactful testimony,” Reid said, “was actually from staff. Senior leadership,” he added, “was very much opposed to Carol’s appointment.”

While some members of the public did not want Mitten hired, and there were even interruptions as she was speaking during a public forum last week, comments from the two alders suggests internal staff concern was more significant in Council’s decision.

Evanston Now has reached out to all council members and Mayor Daniel Biss for their comments on the decision. Nieuwsma and Reid were the only ones to give specific answers. Eleanor Revelle said “no comment,” and no one else has gotten back to us.

We also tried contacting Mitten, but have not received a response.

Before the City Council and Mitten parted ways, Mayor Daniel Biss had said council members had been “really impressed” with Mitten, based on interviews.

But a few days later, it all fell apart.

So now what happens?

A city statement said that council is “currently in discussion with interim City Manager Luke Stowe to determine the next steps for the city.”

Reid said he has “long supported Luke Stowe as a long term interim while council conducts a search. I continue,” Reid said, “to hold faith in Luke’s ability to stabilize the organization.”

But another search may be a long way off.

Nieuwsma said that Evanston’s zero-for-three in manager searches may scare off other potential applicants.

“I’m afraid it could,” he said, “and we may have already seen that.”

Nieuwsma said Evanston should not continue the search at this point

“Not only would we be fishing from a depleted pond,” he said, “but more importantly we need closure on the process to give the staff the stability they need to continue functioning effectively.”

Reid said “The City will attract the right candidate when we dispose of our current sense of desperation fueled by a false sense of urgency.”

He also said other hires are needed to “lighten the load on staff” caused by people leaving after the lakefront lifeguard scandal.

As for yet another whiff at hiring a CEO for city hall, Nieuwsma said, “I give Carol a lot of credit for maintaining her composure Monday night but was disappointed she didn’t hit the home run I was hoping for.”