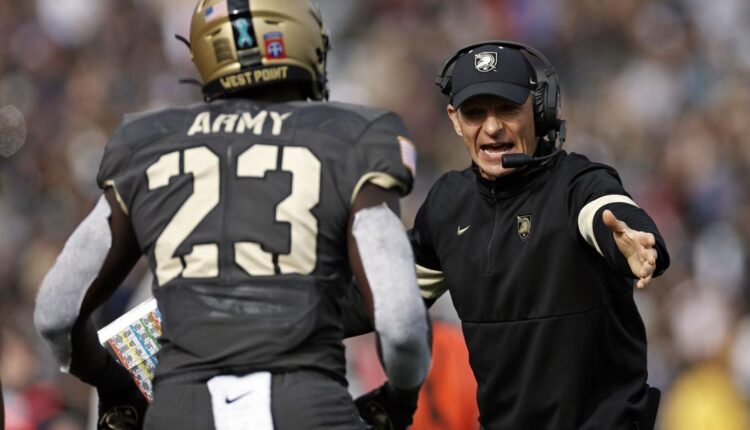 “They didn’t get discouraged when we had some heavy losses,” said Monken. “I trust that they will do the same with the defeat on Saturday, that we will leave it behind and move forward. That is what they will have to do when they come into the army, sometimes to take their lumps, but to rally their troops and move forward. I would like to have a win for (the seniors). It’s hard earned. We know Missouri will be a really tough opponent for us. “

Monken, 54, a native of Peoria, Illinois, has long been implicated in triple option crimes since serving as an assistant to options guru Paul Johnson at Georgia Southern, the Naval Academy, and Georgia Tech. Monken got his first college head coaching job at Georgia Southern in 2010, averaging more than nine wins a year over four seasons, and added that success to the Army job in 2014.

Army hadn’t seen sustained success with consistent bowl appearances since the 1980s, but after several years of Monken’s leadership, the Black Knights stacked victory after victory, including a 10-win season in 2017, followed by 11 wins in 2018 Before Monken’s arrival, the Army had more winless seasons (two) than 10-win seasons (one).

That explains why his name is associated with Power Five’s job hunt every few years. Two years ago it was Missouri and Mississippi State. Last year it was Arizona, Boston College, Illinois, South Carolina, and Vanderbilt. Last spring, Monken interviewed for the opening in Kansas, where he was reportedly a finalist. KU hired Lance Leipold from Buffalo.