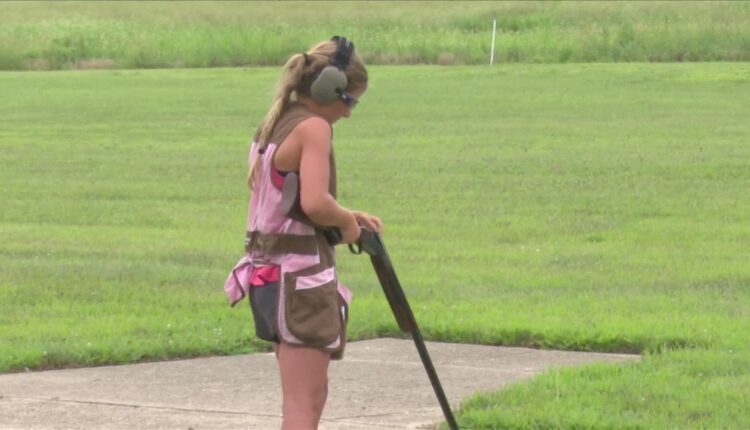 EAST PEORIA, Ill. (WMBD) – As the summer break enters it’s final weeks, one local skeet club is hosting a youth program they say is a blast.

ISU golfer qualifies for US Amateur in New Jersey

The program is held at the Peoria Skeet Club on Highway 26 between late May and August every Tuesday night.

“It’s an opportunity for getting kids out here for you know any level of experience from never having shot before to having been out here and shot with their parents and stuff like that,” said Kent Koshkarian, the treasurer for the Peoria Skeet Club.

Some young shooters, like Chase Fackler, got into it by chance. His neighbor offered him a job at the club more than two years ago.

He has enjoyed the program every year because “being outside is what I love.”

However, Lauren Poole, a student at Metamora High School, came last year and has enjoyed hunting all her life. She even wants to try and start a skeet shooting team at Metamora.

The club bases it’s youth nights around one central theme: Skeet shooting is open to anyone willing to try. Whatever brings the young shooters up to the range, one thing’s for certain, once they get there, very seldom do they leave.

More than the target practice itself, what keeps them coming back is the environment, with Poole specifically mentioning the instructors.

“They give you so many tips, the range masters give so many tips, make sure you’re all being safe. They just help you out a lot. I just love coming up here to shoot. It’s so much fun,” she said.

Fackler said, “It gets your minds off things. Getting outdoors is a lot of fun, getting that fresh air instead of sitting outside doing absolutely nothing.”

With this in mind, the club is waiting for those who want to join and end their summer with a bang.

From the Farm: Sweet corn research