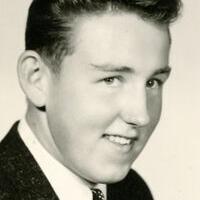 He graduated from Carthage High School.

On Aug. 18, 1962, he was united in marriage with Ruby Mae Ryland at Immaculate Conception Catholic Church in Carthage, Illinois. She preceded him in death in 2009.

Tony was an agent for the Combined Insurance Company for many years. After his retirement from the insurance industry, he owned and operated Breadeaux Pizza in Keokuk for several years.

He was preceded in death by his parents; wife Ruby; and daughter Michelle Hudson.

A memorial service will be at a later date. Memorials may be directed to The Association for Frontotemporal Degeneration (PICKS Disease), 2700 Horizon Drive, Suite 120, King of Prussia, PA 19406, or Angels at Risk at angelsatrisk.com.

Printy Funeral Home of Hamilton is in charge of arrangements.