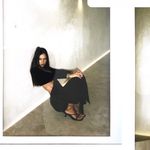 Investors are keeping an eye on the central bank as the fallout from Jackson Hole continues its ripple effect across markets. The Federal Reserve will this week increase the speed of its quantitative tightening program (QT). The move is a shocking change from the bond buying of the pandemic that saw the central bank nearly double its balance sheet to $9 trillion from $4.2T over the past two years.

The bigger picture is that QT is a less transparent method of tightening financial conditions. This contrasts with the Fed’s massive rate hikes that have drawn the attention of investors. Note that the central bank isn’t selling its Treasury holdings outright and is instead let them mature and shrink its balance sheet. After a few months, but at a slower pace and monthly caps on the disposal of Treasuries and mortgage-backed securities are scheduled to increase by $60B and $35B in each case, as opposed to the peak combined rate of $50B the last time the Fed cut its balance sheet between 2017 and 2019.

The whole thing is a bit of a complex accounting process which involves settlement windows as well as redemption caps but at a more basic level, it reduces the amount of bank reserves and drains money out of the financial system. Certain safety valves have been implemented this time around, like the Standing Repo Facility, after the chaos in the repo market prompted an early termination of the previous QT program in the year 2019. The new facility will allow primary dealers to borrow additional reserves from the Fed against collateral of high-quality However, some experts warn that it might not be enough to stave off liquidity issues. It could interfere with Chair Powell’s plans to raise rates and keep inflation under control.

Ukraine’s Triumph Was a Revelation Only to the Russians

Queen Elizabeth II: moderniser who led the British monarchy through the 21st century.