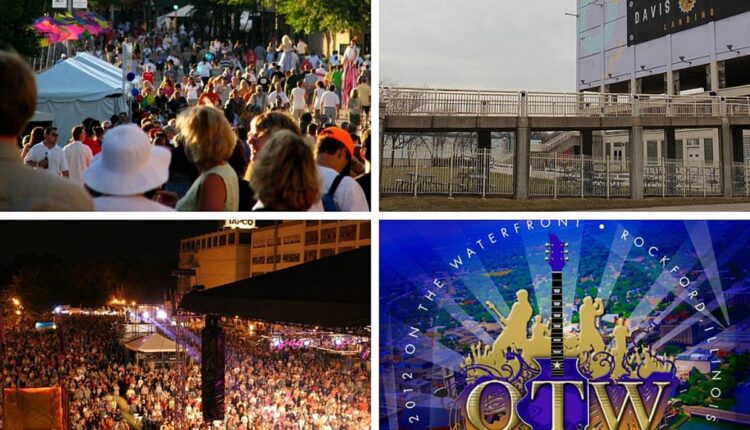 Did you hear that Rockford’s former major festival, On The Waterfront, is hosting a reunion party over Labor Day weekend?

Founders Landing at Davis Park Getting Much Needed Facelift

Do You Remember The On The Waterfront Festival In Rockford?

If you don’t remember or never heard of On The Waterfront, let me give you a little history. It was a festival thrown in downtown Rockford during Labor Day weekend. It was held from 1985 to 2012. They blocked off the streets and parking lots to set up stages, booths, carnival rides, and more. Thousands of residents enjoyed the annual event. Local, regional, and national musical acts would perform.

I wasn’t here for the early years. I moved to town in the early ’90s. At that point, it was growing into a major event. Waterfront became Illinois’ largest music festival. They gave me many opportunities to see live acts and experience things that I would never have otherwise. It was driven by non-profit organizations that helped raised money for their causes. Unfortunately, all good things come to an end and now all we have is memories.

On The Waterfront Is Missed By Fans

The volunteers and fans of On The Waterfront really miss the event. It was truly a great time each and every year. I would consider it one of the great things about Rockford that would be incredible to come back. This year is the 10th anniversary of its going away and there’s a party to take a look back at some amazing memories.

Reunion To Celebrate The Legacy Of On The Waterfront

The Rockford Area Music Industry (RAMI) is hosting a special event, “10 Years After An On The Waterfront Reunion” to celebrate the legacy of the once popular festival.

What Are They Now Former Rockford Music Venues

Photos of what replaced legendary music venues in Rockford.

Skin Cancer Is a Risk No Matter the Skin Tone. But It May Be Overlooked in People With Dark Skin.

Syracuse named one of the 10 best places to retire — affordably