IL Dude Tells Cop, Kissing His Girlfriend Made Him Drunk 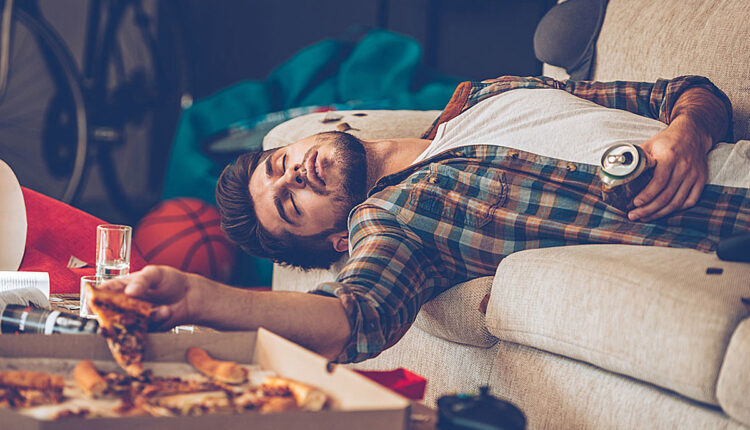 This excuse for smelling like booze and being drunk is one of my favorites. Apparently he expected the cop to be like, “well ok then, be on your way.” Nice work, Trevor.

A Peoria, IL man drove into a ditch and was issued a DUI. According to SmokingGun Trevor Smith crashed his car and when cops showed up, his story was a good one. I’m SURE cops have heard absolutely EVERY excuse but man oh man is this a damn good one! Can you really swap enough spit to “smell like booze” from making out with someone? Trust me, this is some serious dinner table conversation for you and the family.

Trevor smelled like weed, was obviously drunk and there were liquor bottles in the truck…But it wasn’t his fault why he smelled like booze. He’s a romantic, and his boozy smell, not his fault at all.

Here’s the deal, or the story, or the…anyway. Trevor Smith was making out with his girlfriend and she was drinking. Sounds logical, right? I mean if this was a serious make out session, I’m sure he would totally smell like booze after. Right? No? Maybe?

Trevor also added one extra piece for the officer’s enjoyment, I’m sure the cop truly enjoyed this extra info. Trevor said he also just “made love” to his girlfriend. Romance is on HIGH people, “made love.” He is a romantic and this quote says it all:

You tell that cop, Trevor! You are damn skippy, we ARE all adults here. For the record, Trevor was arrested the week prior to being an adult, I mean, another DUI.

How Pfizer Won the Pandemic, Reaping Outsize Profit and Influence