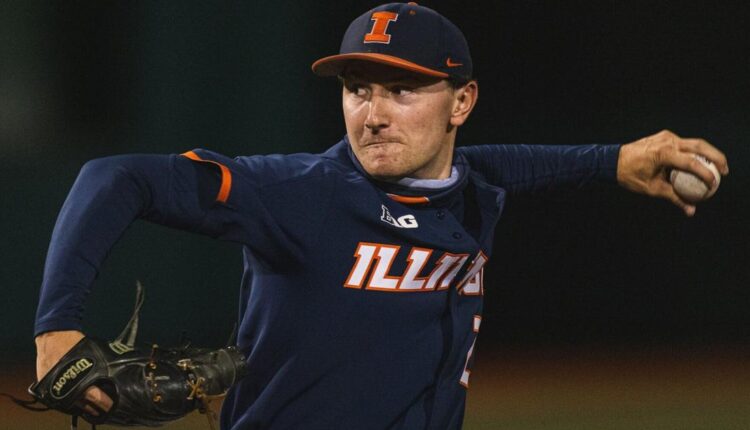 CHAMPAIGN — Illinois pitcher Cole Kirschsieper was selected by the Miami Marlins in the 12th round of the MLB Draft with the 352nd overall pick.

A couple of picks later, his teammate Justin Janas came off the board to the Atlanta Braves.

Kirschsieper was the Illini’s ace this past season, earning All-Big Ten second team honors with a 10-5 record, 3.40 ERA and 88 strikeouts in 87⅓ innings.

Janas was also on the All-Big Ten second team as a first baseman after hitting .343 with six home runs and 60 RBI in the middle of the lineup. He was the Big Ten batting champion in 2021 with a .391 average during the regular season.

That matched the total of two players selected in the 2021 draft after there were no Illini selected in 2020. Illinois had six players drafted in 2019, including recent Royals call up Michael Massey.

Kirschsieper and Janas helped lead the Illini to a 31-22 record while they tied for second in the Big Ten and were the fourth seed in the conference tournament.

On Monday, Illinois commit Dylan O’Rae was drafted 102nd overall in the third round. That pick has an approximate slot value of $600,400 and means the Illini will likely lose him to the minor leagues.

Couldn’t be more excited to join the @Brewers !! https://t.co/WpsOg0l8nL