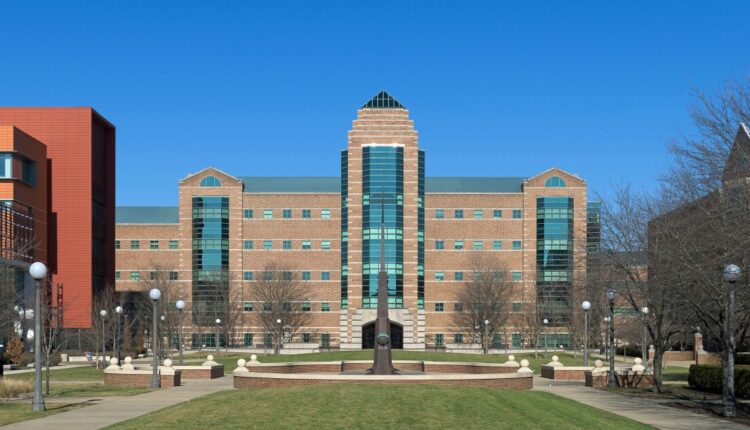 The flagship campus’s issuer rating was upgraded to Aa3 from A1 in December.

The flagship University of Illinois won a Moody’s Investors Service upgrade to Aa3 in December.

The three regional schools won upgrades but still remain at the junk level where most landed due to the state’s struggles during the two-year state budget impasse, stung by funding cuts and long delays in aid.

The upgrades follow Moody’s upgrade of Illinois’ rating by one notch to Baa2 with a stable outlook thanks to a flood of federal relief and ballooning revenues.

As the state’s ratings tumbled over the last decade landing at one cut from junk during the budget impasse, the public universities followed in lock step and so they are now benefiting from the state’s newfound stability that has meant reliable state aid.

The reputations, balance sheets, and ratings of Illinois’ nine public universities all were battered by the budget gridlock that resulted as then Gov. Bruce Rauner, a Republican, battled with the legislature’s Democratic majority. State cuts forced schools to dip into reserves, cut programs, and raise tuition.

“The state is obviously a factor,” said Jared Brewster, Moody’s lead analyst on the university credits. “The funding situation has improved significantly. It’s been stable. It’s been on time and looking into the future the universities are looking at potential increases for the upcoming fiscal year which is a much improved operating environment for the publics than” a few years ago.

“It’s an important driver,” Brewster said of the state’s position in assessing the regional public universities, but there are diverging interests that could benefit one school and not others. The state has previously considered pushing off some of its pension burden for staff on to the universities. That would benefit the state while damaging the universities’ bottom line.

Despite the upgrades, the regional universities remain challenged by enrollment trends with the Midwest being an especially competitive marketplace and the reputation and draw of Illinois universities was set back by the budget impasse.

The flagship Champaign-Urbana campus enjoys some insulation from the state’s past and potential future woes given its position as a Big Ten and research powerhouse that retained enrollment appeal during the impasse and pandemic but the rating remains constrained by the state’s standing, Brewster said.

Illinois’ publics aren’t alone in benefiting from state stability given the flood of federal relief. “

We expect state finances to remain strong enough to allow for maintenance or enhancement of university funding. States’ funding comprises a significant portion of public university revenues at a median of 25%,” Moody’s said in its report assigning a stable outlook for the sector in 2022.

A National Association of State Budget Officers survey last year suggested higher education funding would increase for 32 of 45 states in fiscal 2022 and decline in 13.

Illinois schools, like others, also benefit from a return to campus after remote learning earlier in the pandemic allowing revenues that come from on-campus activities to rebound. Public universities are projected to see 4% revenue growth compared to 6% for private schools, according to Moody.

Higher inflation and labor shortages, however, pose risks this year as they are driving spending up.

Moody’s December upgrade lifted raised the issuer rating University of Illinois to Aa3 from A1 along with its auxiliary facilities system bonds, its certificates of participation, and academic lease revenue bonds. The south campus bonds were lifted to A1 from A2 and health facilities bonds were upgraded to A3 from Baa1.

The university has $1.5 billion of rated debt. The outlook is stable.

The upgrades also reflect the State of Illinois’ own improved fiscal and financial position, supporting Moody’s expectations of continued steady and on-time operating support to the university, whose dependence upon the state in terms of operating funds is about 30%, Moody’s said.

The university serves nearly 95,000 students across its three campuses with revenues of nearly $6.4 billion and substantial cash and investments that are expected to rise to $7 billion for fiscal 2021 from $5.8 billion in 2020.

Moody’s Dec. 8 raised Chicago-based Northeastern Illinois’ rating three notches to Ba2 from B2, leaving it two notches away from investment grade, and assigned a stable outlook. The action impacts $49 million of debt.

“Improved prospects for steady and on-time operating support from the State of Illinois over the next several years are credit positive,” Moody’s said. State aid accounts for 50% of operating revenues.

Enrollment remains a strain. “Brand and strategic positioning challenges are evidenced by sustained and persistent full-time equivalent enrollment losses, with enrollment declining by more than 40% over the past decade,” Moody’s said. The school serves 4,672 students.

“This credit rating upgrade recognizes the hard work, dedication and sacrifice of the Northeastern Illinois University community during a challenging time for higher education in Illinois and throughout the country,” President Gloria Gibson said in a statement.

Moody’s Feb. 1 raised Charleston-based Eastern Illinois’ rating one notch to Ba3 from B1 on its revenue bonds and two notches to B1 from B3 on its COPs and assigned a stable outlook. The school has $72 million in debt.

The school drew the upgrade for a notable strengthening of its balance sheet and timely payments from the state. Total cash and investments have risen over 50% since fiscal 2017 based on preliminary fiscal 2021 results, with monthly liquidity also improving materially. Eastern relies on the state for 50% of its operating revenues and its enrollment has stabilized in recent years.

“A significant $119 million investment from the state for a new science building will address some” capital needs. The school serves 8,600 students.

“SIU’s rating will continue to be constrained by its reliance on the state of Illinois for operating support and a highly challenging student market,” Moody’s said.

It relies on the state for about 25% of its core operating revenue. Enrollment stabilized this fall with a solid increase in freshmen students, but challenges will remain as demographic projections in Illinois weigh on all of its public universities, Moody’s said. The school serves 24,000 students.

Moody’s revised DeKalb-based Northern Illinois’ outlook to positive from stable on its Ba2 rating on auxiliary bonds and Ba3 on COPs. The school has about $284 million of rated debt.

The university also experienced double-digit, first year enrollment growth last fall, continuing a five-year upward trend. The school has 13,153 students. The school relies on the state for 40% of operating revenue with student charges accounting for another 40%.

Things to Do: See REO Speedwagon Styx and Loverboy at the Woodlands Pavilion