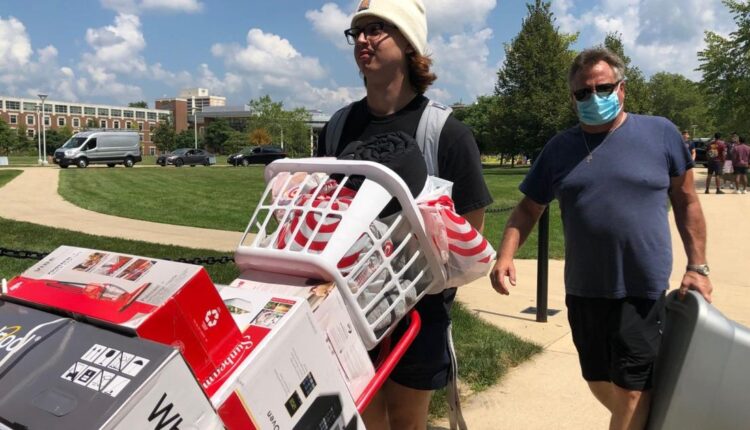 Regarding University of Illinois move-in days: When and where should I avoid campus?

The UI’s Move-In Week for students — which brings with it plenty of traffic to Campustown — is just around the corner: it starts Aug. 14 and runs through Aug. 21.

Expect the heaviest traffic in the middle of the week, when most freshmen are set to arrive.

Unlike last year, students won’t have a centralized check-in at State Farm Center. Instead, they’ll go to desks located at or near their respective residence halls.

According to the university’s move-in maps available on the UI Housing website, First and Fourth streets are the recommended paths to get to the Champaign residence halls on campus. From there, families will turn on to Gregory or Peabody drives.

For Urbana residence halls, most traffic will be heading south down Lincoln Avenue after coming off Interstate 74. From there, they’ll branch off to Goodwin, Pennsylvania and Florida avenues, among others.

There’s no limit this year on guests that students can bring with them to help them move in, and masks are no longer required indoors on campus.

“We encourage people to stick to their chosen move-in time and date as much as possible, this helps us avoid the worst of traffic problems and check in delays,” Axtman-Barker said.

Meanwhile, Champaign’s Neighborhood Code Compliance Department is increasing fines and enforcement on campus for the next month, to prevent “large accumulations of trash and overflowing dumpsters.”

“Property owners will receive notices giving them short response times in which to remove accumulations of trash,” the city said. “If the trash remains after the abatement time period has passed, the city will cause the trash to be removed and the owner will be billed for all costs incurred, including an additional $100 administrative fee.”

Rockford, Illinois players in contention to make NFL rosters for 2022