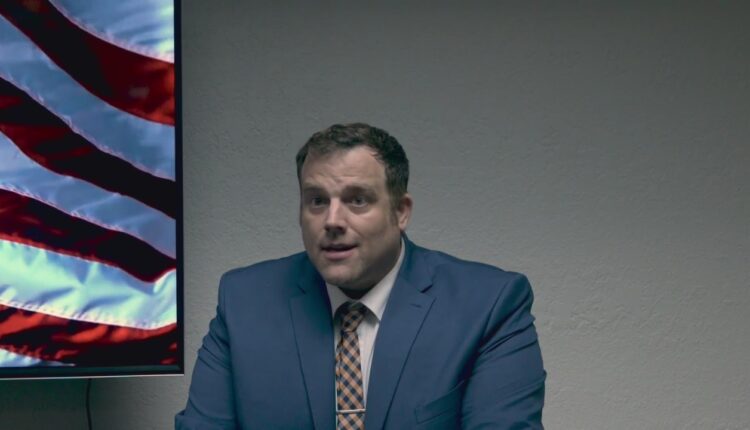 ROCKFORD, Ill. (WTVO) — Members of Eli Nicolosi’s campaign are accused of forging signatures of nursing home residents on his petition to run against Sen. Dave Syverson (R-Rockford) to represent the 35th district.

According to a criminal complaint filed on April 21st, five residents of the Cedarhurst Senior Living Center, 7130 Crimson Ridge Drive, are victims of aggravated identity theft against a person 60 years of age or older for signatures that appear on Nicolosi’s petition.

The State Board of Elections said both Syverson and Nicolosi collected signatures from nursing home residents. While some of the names are the same on both men’s petition forms — itself an anomaly, since voters are asked to choose one candidate over the other — the signatures do not match.

The discrepancy was uncovered by the State Board of Election’s teams at Springfield.

“We work very very hard to make sure our election process is clear and as clean and as above reproach [as possible], and so, when you find cases where forgery is occurring, especially against seniors, that is really disappointing,” Syverson said Tuesday. “It’s wrong under Illinois law. It’s illegal. It’s a felony.”

Nicolosi responded, saying the accusation against him is just a distraction during the election cycle. “If there are bad signatures, pull those signatures out. As long as you have enough signatures, you’re on the ballot. This doesn’t make any sense at all.”

He continued saying, “I’m excited. I’ve been involved in the community for a long time and I have a lot of good ideas. I’m excited to get to work here in a week or so.”

Nicolosi has been a subject of some controversy, as several members of the Winnebago County Republican Party called for him to resign as chairman in May after his wife filed an order of protection against him. She later dismissed the order and has since appeared publicly in support of her husband.

Illinois’ primary election will be held on Tuesday, June 28th.