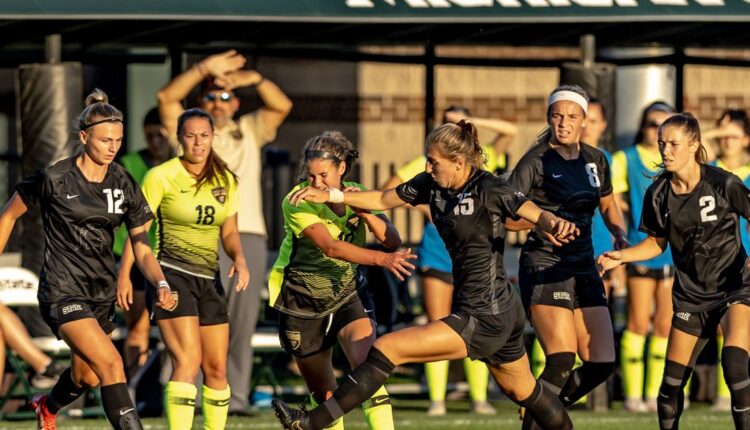 The Michigan State women’s soccer team played to a 0-0 draw against the Oakland Golden Grizzlies on Thursday, Sept. 8. The Spartans’ record moved to 4-1-2 on the season after the draw. This was the fifth shutout of the season for Michigan State.

The Spartans outshot the Golden Grizzlies 15-to-5. Only two of those 15 shots were on goal. MSU had a total of 11 corner kicks throughout the match. Oakland didn’t have any corners. Michigan State had opportunities to score but couldn’t find the back of the net.

The official photographer for The Only Colors, Marvin Hall, was at DeMartin Stadium to capture the match between the Spartans and Golden Grizzlies.

Marvin’s gallery of 83 images from Thursday’s match is below. All photos are credited as Marvin Hall/The Only Colors

Michigan State will battle Colorado on Sunday, Sept. 11 at 1:00 pm Eastern Time from DeMartin Stadium. That will be the Spartans’ last match before heading into Big Ten play, which starts on Sunday Sept. 18 in Champaign, Illinois against the Fighting Illini.