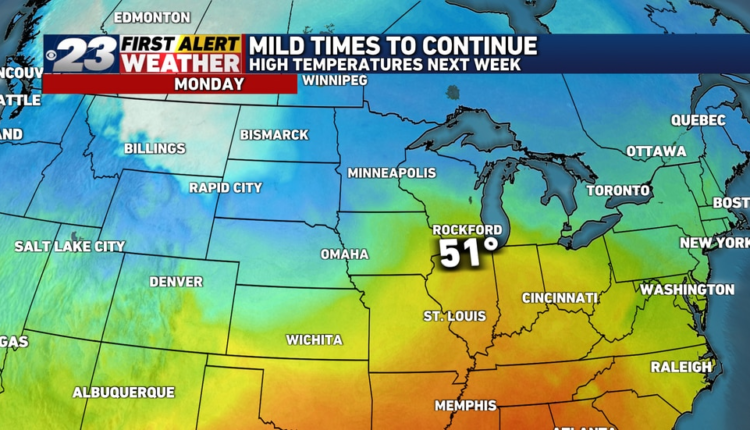 ROCKFORD, Ill. (WIFR) – Rockford hit 55 degrees on Christmas Eve 2019, setting the record for the warmest Christmas Eve ever. We reached this milestone again on Christmas Eve 2021. That is 23 degrees above the normal high of 32 ° and there is more mild air on the way. But we’re also looking for cooler times, along with some necessary chance of rain.

Friday’s high of 55 degrees marked the 10th day with a maximum temperature of 50 degrees or more in that month, breaking the all-time record of December 2015 and December 1941. It also marked the 251st day of 2021 with a peak temperature of 50 degrees or more, which is the second highest ever. For this reason, it should come as no surprise that December 2021 is one of the warmest ever.

As things stand, December 2021 has its own place as the third warmest December in terms of average temperature for Rockford. Until December 24th, the average temperature of RFD is 35.7 degrees. With temperatures above normal in the forecast through Tuesday, it is likely that we will move up on this list as well and maybe hit 50 degrees a few more times. 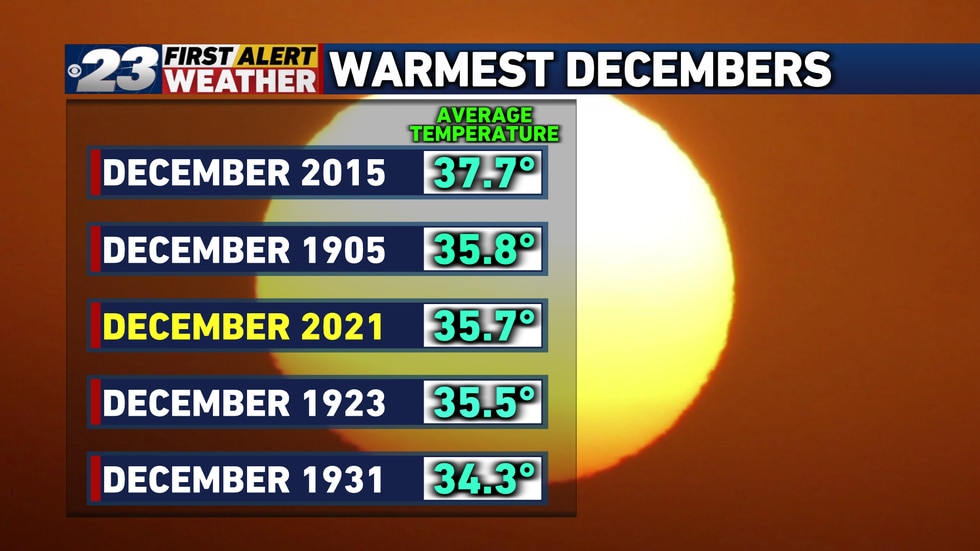 In Rockford we are currently in the third warmest December of all time.(Ethan Rosuck, WIFR)

Drizzle, light rain and spotty fog are possible overnight through Saturday morning. So be careful if you are out and about at all during the nighttime hours. Keep your sunglasses close at hand on Saturday, because the sky will quickly dissolve in the morning and provide plenty of sunshine on Christmas Day 2021. Temperatures will climb back into their upper 40s and near 50 degrees in some places. 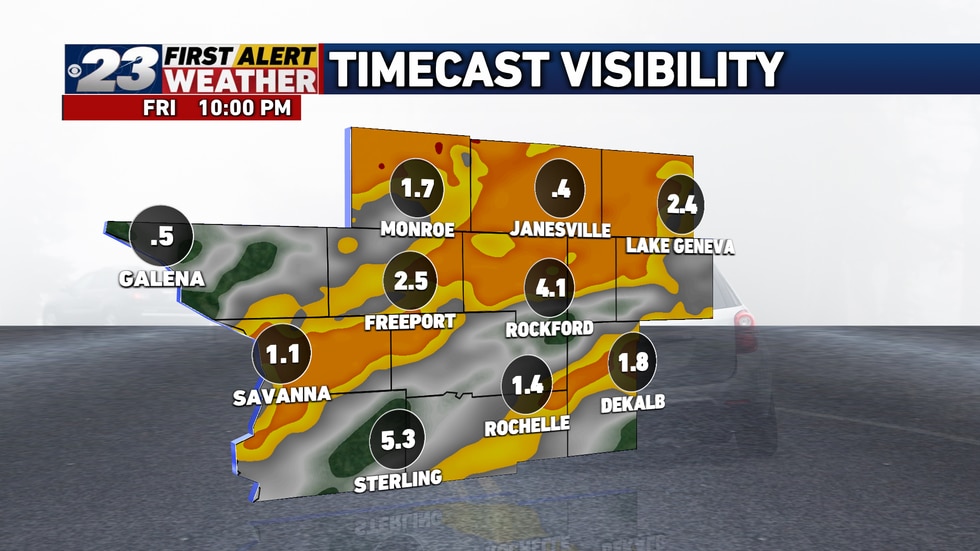 Parts of the Stateline will see some fog later in the evening and into the night hours.(Ethan Rosuck, WIFR) 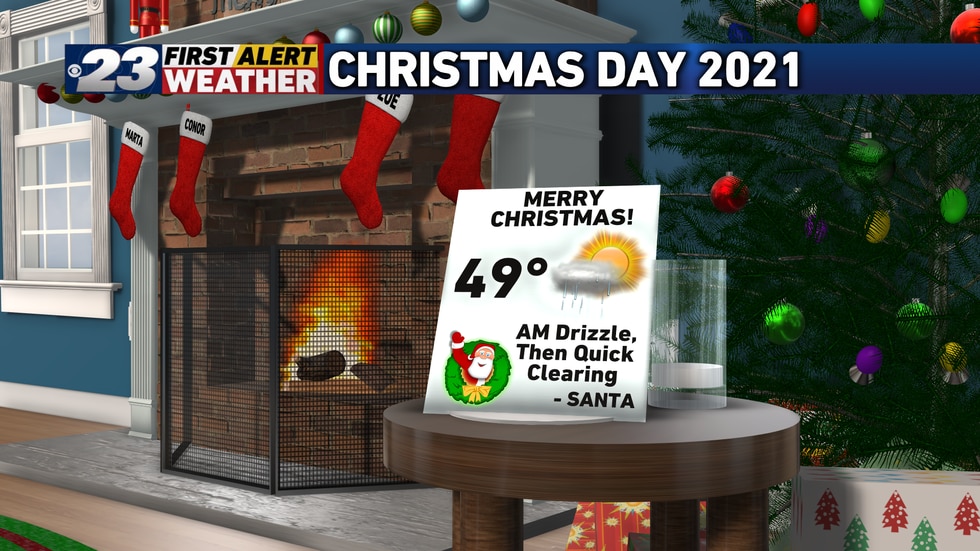 Another mild Christmas day is about to begin here with highs in the upper 40s and the sky is clearing very quickly.(Ethan Rosuck, WIFR)

Sunday will be dry while remaining mild for high temperatures in the mid 40’s. Precipitation may seem to arrive as a mix of rain and snow on Sunday evening, but it will mostly be a rain maker from Sunday night to very early Monday morning. Then we will temporarily dry out on Monday, where the highs will again approach or even exceed the 50-degree mark. 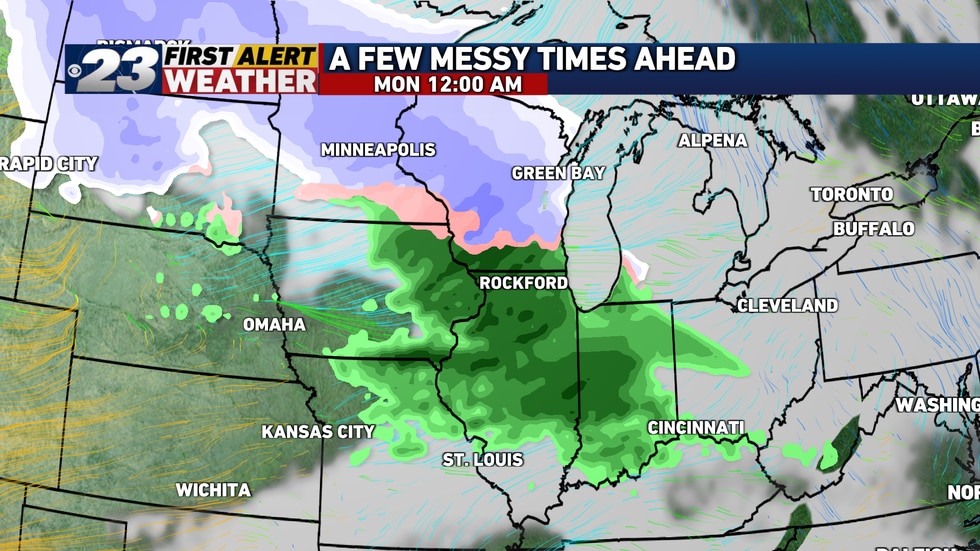 Precipitation could start as a light wintry mix on Sunday evening, but it will mainly be a rain event.(Ethan Rosuck, WIFR) 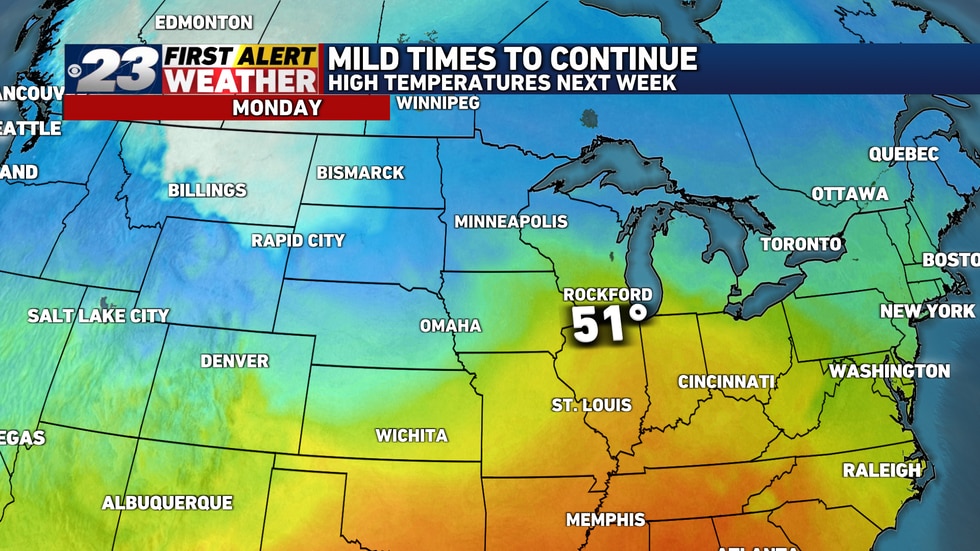 The mild air will linger over the weekend until the beginning of next week.(Ethan Rosuck, WIFR)

Another storm system will arrive on Tuesday as the highs will stretch well into the 1940s. But we start Tuesday with temperatures close to or slightly below freezing point. Because of this, I think that if the temperature rises above freezing, some snow / freezing rain could start on Tuesday before it turns into rain. 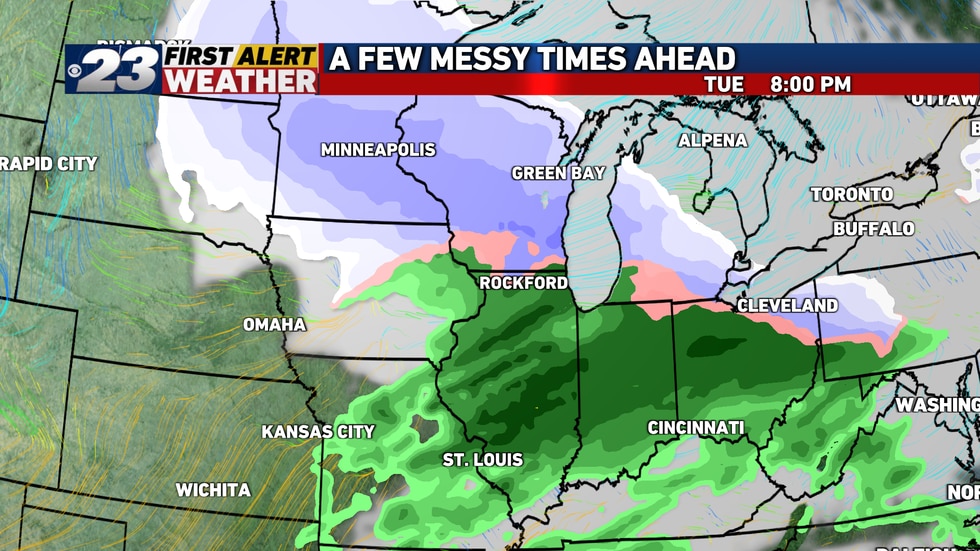 Another storm system will arrive on Tuesday and could produce a snow spell on Tuesday before warmer air turns the snow into a wintry mix and then into rain.(Ethan Rosuck, WIFR)

After the cold front on Tuesday, temperatures well into the 30s can be expected from Wednesday. This is actually almost normal for this time of the year. The New Year preview looks dry and seasonal as of now, with highs in the 30s, but 2022 could start off a bit chilly with highs in the 20s possibly for Jan 1st and 2nd. 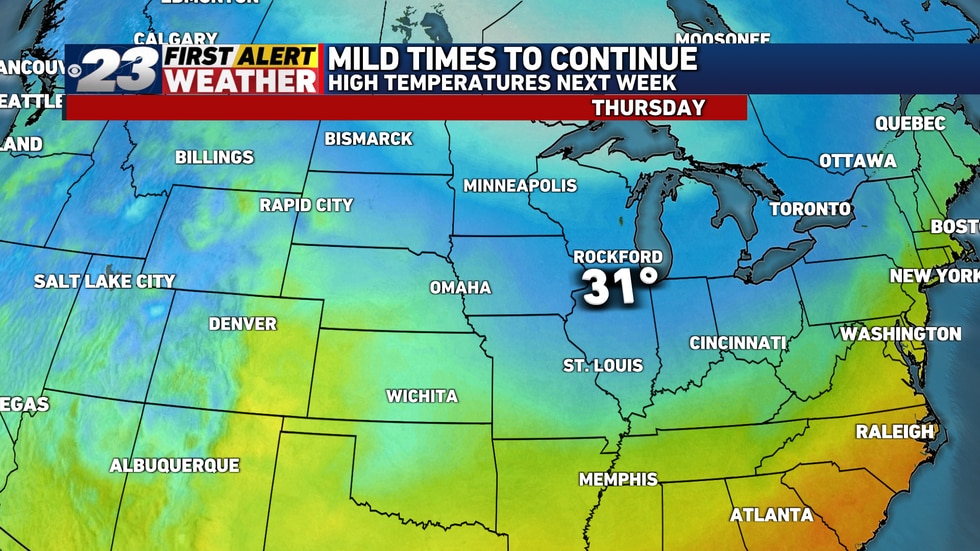 At the end of next week around New Year’s Eve, it will feel more normal for this time of the year.(Ethan Rosuck, WIFR)

More agricultural guest workers came to the Midwest this year than ever before | KCUR 89.3