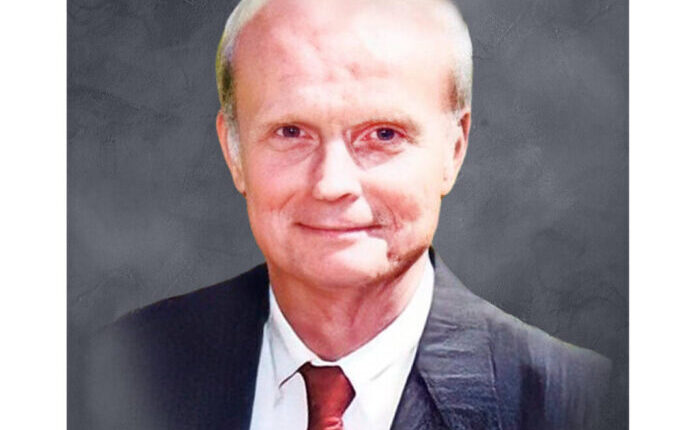 He was born August 14, 1942, in Kokomo, Indiana to Robert William Barrett Sr. and Evelyn (Barnett) Barrett. He married Karen (Romine) Barrett on February 5, 1966, in Burnsville, Indiana.

Bill was a 1960 graduate of Kokomo High School and a graduate of Indiana University in Bloomington where he received his undergrad degree and his MBA. He started his career as a certified public accountant for GE in Bloomington, Illinois and later worked for Eli Lilly and Company in Indianapolis for 35 years.

His love for family was paramount, and family holiday gatherings were special to him. He also loved Indiana University sports and attending as many games as possible with family members. Bill served in the National Guard for six years, coached many of his sons’ sports teams, assisted with all sorts of activities to support his kids’ involvement in Cub Scouts and Boy Scouts (including weeklong summer camp trips), and volunteered for Junior Achievement .

His parents preceded him in death.

A private family celebration of life service will be conducted.

In lieu of flowers, memorial contributions may be made to the Indiana Parkinson Foundation, 14350 Mundy Dr, Noblesville, IN 46060, or at www.indianaparkinson.org; or the Davis Phinney Foundation, PO Box 270948, Louisville, CO 80027, or at www.davisphinneyfoundation.org.

Swartz Family Community Mortuary and Memorial Center, 300 South US 31 (Morton Street) in Franklin, IN, is handling the arrangements.

Online condolences may be sent to the family at www.swartzmortuary.com. Information 317-738-0202.

Amani Hansberry showing why he is a big-time target