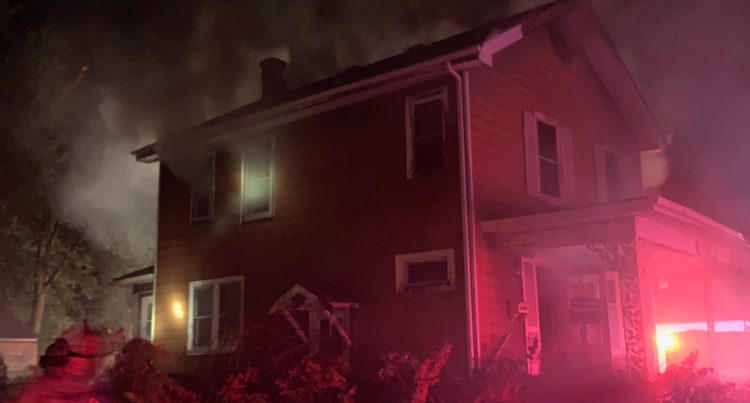 ROCKFORD (WREX) — No one was hurt after a fire at a condemned and vacant house in Rockford late Saturday night.

The Rockford Fire Department says crews were called to the 100 block of N. Day Ave. just before 10 pm Saturday for a report of a house on fire.

First responders found a condemned house with fire showing out of the windows on the northwest corner of the second floor.

As firefighters were battling that fire, crews found large fire on the west side of the house. All firefighters battling the fire from the inside were ordered to evacuate to battle the exterior blaze.

Once the outside fire was put out, crews returned to the inside and found that no one was inside the building while putting out the remaining fires. No firefighters were hurt while battling the large fire.

Investigators from the Rockford Fire Department, ComEd, NICOR, and the Building Department are investigating the fire.

The cause of the blaze is not yet known. Damage to the house is estimated at $45,000.

Spin this 50 states, 50 songs playlist for the Fourth of July

Taking the Bite out of Tick Season