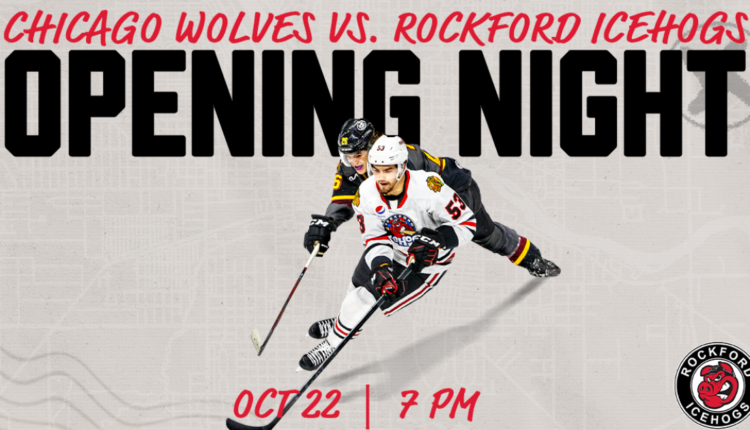 The Rockford IceHogs celebrate Opening Night, their 2022-23 home opener, at the BMO Harris Bank Center on Saturday, Oct. 22 against the defending Calder Cup champion Chicago Wolves at 7 pm The 2022-23 season is the IceHogs’ 24th campaign in the Stateline and 16th in the American Hockey League.

The IceHogs, along with the American Hockey League, will release the full 2022-23 schedule on Thursday, July 21.

Don’t miss a moment of the action next season! Reserve your seats for the IceHogs’ 16th season as the top AHL affiliate of the Chicago Blackhawks. Contact us at 815-847-6399, at [email protected] or visit IceHogs.com to claim your seats for this upcoming season.