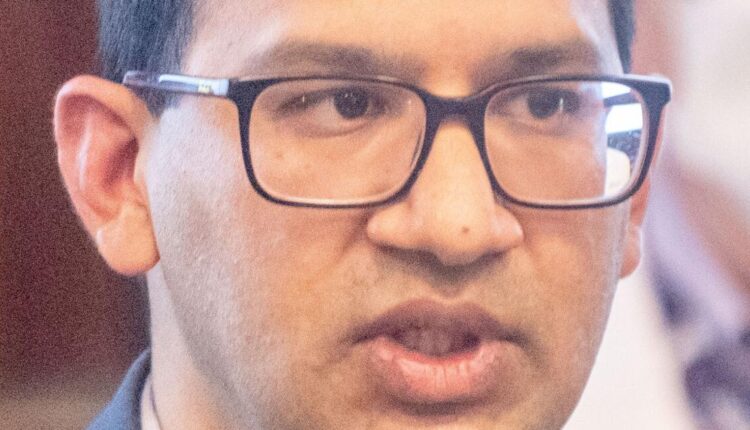 CHAMPAIGN — Illinois’ first case of monkeypox involving a day care center has turned up in Rantoul, where a staff member with the disease was in isolation and said to be doing well.

As of Friday, monkeypox at the unidentified Rantoul day care center was confined to the single staff case, local and state public health officials said.

But screening of children, other staff members and their close contacts was in high gear.

“We hope there are no kid cases,” said Champaign-Urbana Public Health District Administrator Julie Pryde. “But for all we know, the employee could have gotten it from a kid.”

Public health officials were sharing few details about the Rantoul case, refraining from identifying the gender of the employee and what age group the employee may have been in contact with.

Pryde said the health district learned of this case — the third to date in Champaign County — on Thursday and quickly enlisted help with screening from Carle Health.

He said Gov. JB Pritzker and President Joe Biden’s administrations were involved in a rapid response in which monkeypox vaccine is being made available to children at this care center.

Due to a short supply of monkeypox vaccine, eligibility has been limited to those at higher risk for the virus.

Pryde said the federal government quickly lifted a barrier to making the vaccine available to children, and the health district now has a vaccine supply to administer to any children and adults connected to the Rantoul day care center who want it.

The health district also has access to medication for monkeypox if it’s needed, she said.

The day care center has been sanitized and remains open, Pryde said.

To parents, she said, if your child had a possible exposure to monkeypox, “you will be notified.”

Pryde said any kids or adults who may have been exposed will be checked for symptoms, including the telltale monkeypox rash. If anyone is administered a swab test, she said, that patient will have to be isolated until results are available and show that person is negative for the virus.

Illinois had 571 cases of monkeypox virus as of Thursday, the fourth-highest in the nation after New York, California and Florida.

Public health officials continued to say there isn’t a high risk of extensive local spread of monkeypox, since it doesn’t spread as easily as COVID-19.

While it can possibly spread through respiratory droplets, there would need to be extended face-to-face contact with the infected person, Pryde said.

Monkeypox can also spread person-to-person through close skin-to-skin physical contact with bodily fluids, monkeypox sores and items that have been contaminated with fluids or sores.

Suspected cases may have early flu-like symptoms and progress to lesions on one site of the body that proceed to spread.

Anyone with new or unexplained rash, sores or symptoms or who has had a confirmed exposure to monkeypox should see a health care provider and avoid intimate contact with anyone until then, health officials said.