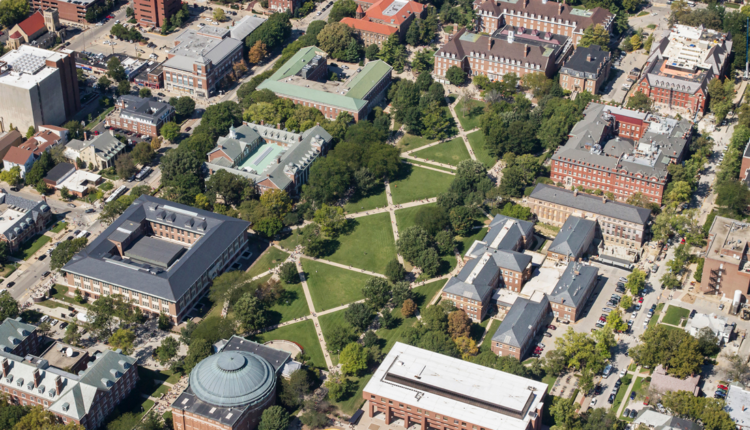 The New York-based Stanton Foundation says it has funded 11 First Amendment clinics, with another in the works. It pays out $305,000 per year over five years, plus up to $15,000 for website upgrades and another $5,000 for event costs to each recipient.

Amar said his school didn’t apply for the grant; the foundation approached it, he said.

“There was an implicit competition,” Amar said. “I think it helped that the dean—that’s me—has a background in constitutional law and has written about free speech.”

Stephen Kidder, a Boston lawyer speaking for the foundation, said, “The University of Illinois College of Law really does have a commitment to First Amendment law.”

While the separate University of Illinois Chicago School of Law isn’t involved, students enrolled at the Champaign-Urbana campus have opportunities in their third and final year to take classes in Chicago, where some clinic courses are held, Amar said.

Another grant recipient, Southern Methodist University’s law school, listed areas its clinic would cover, including: Freedom of Information Act requests; motions to quash subpoenas directed to journalists; issues related to the right to photograph police officers and other government officials in public; pre-publication review of news articles; representation of witnesses in defamation cases; motions to obtain access to court records; challenges to gag orders; and motions to open courtrooms or to televise proceedings.

“We’re going to run the gamut,” said Amar. “Freedom of speech is a diverse area of ​​the law.”

The Stanton Foundation lists about $150 million in net assets and $10.7 million in grants during 2019 in a report to the Internal Revenue Service required of nonprofit organizations. Duke, Yale and Cornell universities are among its First Amendment clinic grantees; the foundation’s other main concerns are animal care and nuclear politics and security.