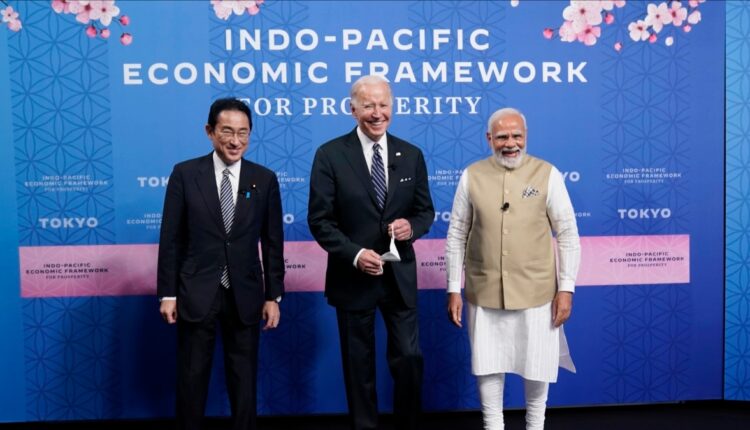 Before the 2016 presidential election, Illinois farmer Brian Duncan looked to the Trans-Pacific Partnership (TPP) trade agreement between the United States and Asian countries, to boost demand for his crops, and in particular, prices for the thousands of hogs he raises annually .

“Pork is very much in demand in Asian countries, the Pacific rim,” he explained to VOA in a recent interview outside one of the sheds where he tends to his animals. “I was really looking forward to what opportunities could come for pork sales to that part of the world.”

But the TPP became politically problematic for both Democrats and Republicans who eventually distanced themselves from a trade agreement some voters believed would negatively affect US manufacturing jobs. When Republican Donald Trump was elected president in 2016, hopes of passing the TPP ended.

“Part of TPP’s role was to counter China’s growing economic influence and position the United States to be a positive force in the region,” Duncan said. “Those countries have gone ahead without us, they left us behind on trade.”

Max Baucus, a former US senator from Montana and former US ambassador to China, agrees.

“When we pulled out of TPP, we really abdicated our leadership and created a huge vacuum in Southeast Asia,” said Baucus, now a co-chairman of the Farmers for Free Trade advocacy group, while attending a recent online meeting about the Biden administration’s Efforts to engage Asian nations in new trade talks. “It’s important to establish an economic counterweight to China. That’s important. That was the whole point of TPP.”

Mark Gebhards, executive director of governmental affairs for the Illinois Farm Bureau, said, “We have been strongly encouraging the Biden administration to do more in terms of building true market access.”

“The benefit for us is to increase the market access in extremely important countries which are very willing, very interested in our agricultural products. For our farmers, for our members, there is a direct benefit here,” Gebhards told VOA in an interview at the Illinois Farm Bureau headquarters in Bloomington, Illinois.

“It’s great to talk, it’s a great first step, but we really feel that we need more actual trade agreements put in place especially in light of the Ukrainian conflict and all the things that are happening in the world today. The Indo-Pacific Framework “It is important to note, it is not a trade agreement with these 12 countries that are involved in it. It is really along the lines of a framework to sit down and talk about trade issues. It’s not negotiation that you would enter into in a trade agreement, especially in a bilateral approach that we have with many of these countries.”

Duncan said, “Something is better than nothing, that’s where I’m at with it. Sixty percent of … the world’s population is going to be in those Indo-Pacific countries.”

The White House says the 12 nations in the IPEF also account for about 40% of global GDP.

But Duncan is aware of the limitations of the current talks. “It’s just a framework. We hope it provides a mechanism to go forward and build upon. When I see this framework, it at least answers one of the questions — we haven’t given up on a multilateral agreement in the Pacific Rim, and I think that’s good news. So now, we hope that’s a start, we hope there’s dialogue, and we hope we can build upon this and get people to realize that multilateral agreements are not evil, they can work, and they have worked in the past.”

As he waits — and hopes — for trade talks to turn into trade negotiations, Duncan sees the IPEF as a meaningful change in US trade policy.

“I think there’s hope again and realization of the importance of international trade.”

His-and-Hers Cataract Surgeries, But His Bill Was 20 Times as Much

Following Urbana’s lead, Champaign substitute teachers will get a raise too