Wisconsin Catholic schools to trans students: Get out! 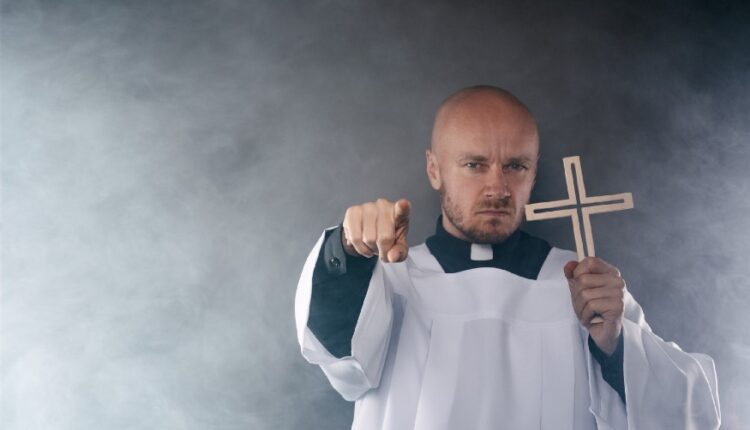 By James Finn | DETROIT – Do you think the rapidly growing trend of Catholic schools firing LGBTQ teachers, counselors, social workers, and custodians is off the chain? Think it’s more than rich that the Catholic Church gets away with violating employment law by claiming all staff — even when they aren’t Catholic — are religious ministers? Angry the US Supreme Court lets the Church get away with such a ridiculous argument?

Well, clutch your pearls, boys and girls, cuz you ain’t seen nuthin’ yet.

OSF HealthCare, a hospital chain owned and operated by an order of Catholic nuns in Peoria, Illinois, just opened a new front in the Catholic Church’s war on their LGBTQ employees. The chain, which dominates hospital care in parts of Illinois, with a near-monopoly in children’s care in Peoria, treats millions of patients per year with annual revenue exceeding 3.1 billion dollars. The chain employs 24,000 workers across Illinois and Michigan.

The Sisters of the Third Order of St. Francis, who run OSF, just threw down a legal gauntlet with frightening implications.

According to reporting in Bloomberg yesterday, OSF announced a new policy that will deny some health care to LGBTQ workers by limiting fertility-treatment coverage to married, opposite-sex couples. Lawyers say excluding same-sex married couples from coverage is a “pretty clear violation” of federal workplace discrimination law. OSF’s new policy is a direct challenge to the US Supreme Court’s 2020 Bostock v. Clayton County decision.

First, this is unprecedented. Noel León, an attorney representing LGBTQ patients suing Aetna over fertility coverage, told Bloomberg she had not heard of policy language anywhere being “so explicit” about excluding same-sex couples. She’s helping clients sue institutions that either won’t pay for fertility treatment at all or who use excuses to deny coverage to LGBTQ people. She expressed surprise that any institution would clearly announce an intent to discriminate against same-sex couples.

* Ask yourself how likely it is they’ll treat LGBTQ people decently if the law doesn’t force them to. If you follow Catholic news at all, that’s a frightening thought. *

Second, state law does not apply, even though Illinois has some of the toughest laws in the US protecting LGBTQ workers. OSF workers won’t be able to sue in state court because Illinois non-discrimination laws do not apply to self-funded health care plans. (At least one lawyer I reached out to, however, says suing the plan administrator, BlueCross BlueShield of Illinois, might be feasible.)

Long and short, Title 7 now clearly protects LGBTQ people as a class in the workplace, everywhere in the US

The nuns in Peoria want to discriminate, and they say they have a religious right to, despite clear federal law.

Does Title 7 let the nuns claim a religious exemption? No, they don’t have the law’s text or enforcement history on their side. Here’s an excerpt from the US Equal Opportunity Employment Commission explaining religious exceptions to Title 7:

Title VII allows “religious organizations” and “religious educational institutions” (those organizations whose purpose and character are primarily religious) to hire and employ people who share their own religion (in other words, it is not unlawful religious discrimination for a qualifying employer to limit hiring in this way). Courts also apply a “ministerial exception” that bars certain employment discrimination claims by the employees of religious institutions because those employees perform vital religious duties at the core of the mission of the religious institution.

That’s it, that’s all. The nuns who want to discriminate against LGBTQ employees get zero help from the text of Title 7. First, OSF does not meet the Title 7 definition of religious organization. The network is not a “primarily religious” entity. It’s a hospital chain whose primary purpose is providing medical care. OSF employees — from maintenance workers, to nurses, to surgeons, to managers with PhDs in health administration — are no more likely to be Catholic than workers at any health care network. None of them are required or expected to perform religious duties.

Catholic schools that claim social workers and janitors are “religious ministers” have at least some case to make given the schools exist to educate children. But nobody has ever claimed Catholic hospital workers are religious ministers, and the Peoria nuns, if they are sued by a gay couple, won’t be using that as a defense. That’s what makes their new policy so disturbing. They’re trying to force open a broad new avenue to let nominally religious corporations exclude LGBTQ people.

Guess who the nuns are in bed with?

Yup, the ADF has come out swinging for them, and while they might not yet legally represent OSF, they’ve made it clear they intend to if federal lawsuits are filed. In fact, the nuns’ new discriminatory policy looks just designed to provoke a federal court fight.

The government cannot force religious health care providers to violate their beliefs. Even if government officials disagree with the beliefs of a Catholic health care entity, the organization still has the freedom to provide insurance policies and health care services consistent with its convictions.

Note that this is wishful thinking on Bowman’s part, despite the Supreme Court’s 2014 Hobby Lobby decision. He wants Catholic hospitals to have the clear legal right to discriminate, and he seems anxious to use this case to turn the ADF’s dream into a reality. Given extremist makeup of the current high court, his wishful thinking is not a pipe dream.

Catholic hospitals are not churches, no matter who owns them

Let’s talk about why giving Catholic hospitals free rein to discriminate based on religious belief is a terrible idea for society. First, the Catholic share of the US hospital sector is enormous and growing. One out of six hospital beds in the US was Catholic in 2016, and that percentage has grown steadily since.

According to the non-profit think tank Community Catalyst, Catholic hospital chains are expanding while others are shrinking. Many US communities, particularly in rural areas, have access only to Catholic hospitals.

Second, Catholic hospitals accept public (mostly federal) funding at identical levels to non-Catholic and non-religious hospitals. Without taxpayer support, Catholic hospitals would, like all hospitals, go out of business. They are not charities in the sense that Catholic donations keep them afloat. In fact, charitable donations by Catholics in the pews play no significant role operating any US Catholic hospital chain. Catholic hospitals are inextricably interlinked into the broader network of the American healthcare “system,” existing to serve and employ everyone in the sector.

OSF is a multi-billion dollar corporation, but it’s actually one of the smallest Catholic chains in the US By comparison, the Catholic Ascension Health of St. Louis and CommonSpirit Health of Chicago are each more than 10 times larger.

These are vast, powerful networks that employ hundreds of thousands of healthcare workers and treat tens of millions of patients every year. Given their revenue is split between income from insurance companies and Medicare/Medicaid/VA payments, why should they have the privilege to disregard non-discrimination laws that apply to every other player in the field?

Look, if you’re a pediatrician in the Peoria area, you have one choice of pediatrics hospital to work for, and it’s owned by OSF. If you want to work at any job at any hospital in the Peoria area, odds are you’ll end up at an OSF facility — subject to whatever discriminatory workplace rules the nuns decide to enforce against LGBTQ people.

That is, if the ADF gets its way in this case.

This particular case is narrow, affecting only a small number of LGBTQ workers seeking fertility treatment, but the implications are much broader. If federal judges decide the nuns can disregard Title 7 law with respect to fertility treatment, then Title 7 could be rendered toothless.

Now pull the camera back and see broad swathes of the US where the powerful Catholic Church is buying and running hospitals funded by taxpayers. Ask yourself how likely it is they’ll treat LGBTQ people decently if the law doesn’t force them to. If you follow Catholic news at all, that’s a frightening thought.

Our marriages are not second class. Neither are our legal rights. No employer should have the right to deny us care based on religious belief. This is basic. This is about decency and fairness for people living in a diverse society.

On some level, the Peoria nuns seem to understand that denying health care is indecent. They say this on their website:

We strive to serve the sick and the poor with the greatest care and love, and never to turn away anyone who comes to us for care.

The nuns are lying. They’re working to turn away their own LGBTQ employees, which would set a legally precedent opening the door to workplace discrimination on a vast scale.

That’s what the ADF is after too. They’ve been dead clear about that for decades.

Are you Catholic? Odds are, you hate what these nuns are doing. Can I ask you a question?

James Finn is a columnist for the LA Blade, a former Air Force intelligence analyst, an alumnus of Queer Nation and Act Up NY, and an “agented” but unpublished novelist. Send questions, comments, and story ideas to [email protected]

The preceding article was previously published by Prism & Pen– Amplifying LGBTQ voices through the art of storytelling and is republished by permission.