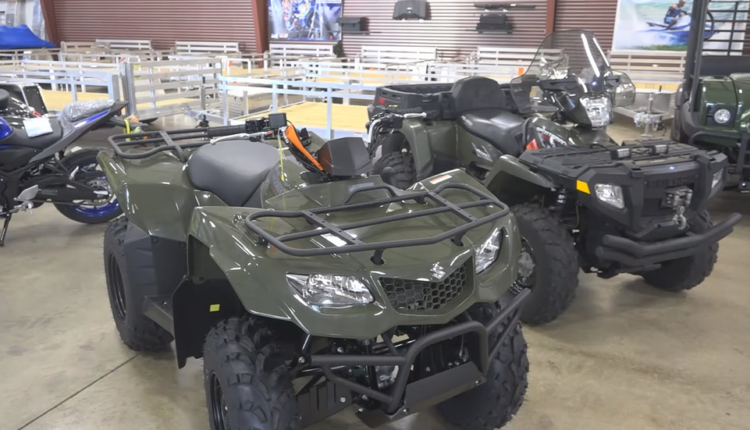 ROCKFORD, Ill. (WIFR) – After tons of complaints about ATV’s in the city of Rockford, Rockford city council was expected to approve a number of limits on the use of all-terrain vehicles on city streets.

However, that didn’t happen at Monday night’s meeting.

Council members say the volume of complaints, from community members and business owners about ATVs racing on public streets, is staggering. Some saying ATV drivers are creating dangerous situations for others on the road.

Under the proposed guideline, the vehicles wouldn’t be allowed on public streets, but could be used in parks specifically for all-terrain vehicles. Operators would also have to register their vehicle with the city, facing hefty fines for violations.

“We shouldn’t be doing it, we have places to go. There are plenty of other parks in this area. Out here we probably have 5 to 6 places that we can go to. Be careful, if you’re gonna do it wear a helmet, wear protective gear. Go to a non-rural area. Go to a farm road where nobody’s at where you’re only endangering yourself and not other people.”

“They’re meant to be on dirt. They’re not meant to be on roads, so I don’t understand what the thrill is to be taking these and riding on the road,” said Gretchen Beaman, a resident who supports imposing restrictions.

“They shouldn’t be in the streets, it’s not, it’s just not legal and it’s not right,” sais Kallob Kite. He owns Rocky Glen OHV Park. “You are ending everybody else life. The soccer mom taking her kid to practice, or going to work. You’re messing with peoples lives and you’re putting them in danger for your hobby. It’s your hobby, it’s your passion. Find somewhere else that allows that.”

Leaders say anyone who illegally drives their ATV could be ticketed and given a warrant for their vehicle to be impounded. The measures will likely be voted on at the next council meeting, which is in two weeks.