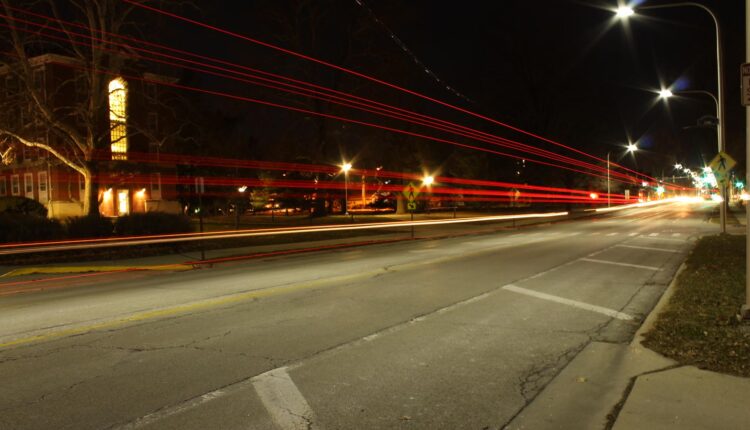 The roadside assistance group AAA is discouraging drivers to adopt safer behaviors in the new year.

“When we call a crash an accident, it implies that these tragedies are beyond human influence, and that is not the case. Nobody accidentally texts and drives,” says AAA spokesperson Molly Hart.

According to surveys done by AAA, drivers tend to underestimate how risky their behaviors are. For example, drivers running on even two or three less hours of sleep than normal are four times more likely to get into a crash.

Hart says her top three tips are to slow down, eliminate distractions and drive sober.

“Hands-free” phone systems can be as dangerous as texting and driving, she says. Drivers should also check whether their prescription medications warn against driving heavy machinery – which includes cars.

The Illinois Department of Transportation published provisional crash statistics online on Tuesday. The exact number of deaths — 1,317 — could go up if more people injured in past car crashes die while in the hospital.

Pedestrians make up half of Urbana traffic deaths.

A pedestrian died at this intersection of Lincoln Avenue and Nevada Street in Urbana, according to 2013-2017 Champaign County Regional Planning Commission data. Emily Hays/Illinois Public Media

Over the past decade, a smaller percentage of drivers, passengers and bicyclists in Urbana have died in car crashes than in previous years. Deaths among pedestrians, however, have gone up.

According to local transportation activists, those walking around Urbana are more likely to get hit by a car than in Champaign, Chicago or Boston.

For example, between 2013 and 2017, cars hit ten people in as many blocks of Lincoln Avenue. One of these pedestrians died.

Audrey Ishii is a member of the Urbana Bicycle and Pedestrian Advisory Commission. The group wants to bring the one to two pedestrians killed every year in car crashes down to zero.

“Because of the small size of Urbana, these rates translate into a very unacceptable per capita rate, compared to especially Vision Zero cities like Seattle, Chicago, Boston and New York,” Ishii says.

The city of Urbana also aims to become an official Vision Zero city. More than 40 cities across the US are part of the Vision Zero program, which requires cities to set clear goals for eliminating traffic fatalities.

Vision Zero advocates explain the program as a change in philosophy. Rather than trying to correct individual driver behavior, Vision Zero cities assume drivers will be imperfect and try to prevent death and injury in collisions.

Ishii says that lowering speed limits are key to the approach. A pedestrian is about 70 percent more likely to die in a crash if the driver is going 30 miles per hour versus 25 mph, according to a 2011 AAA report.

The Urbana City Council first resolved to become a Vision Zero city in October 2020. Ishii says that invitations have gone out for the city’s Vision Zero task force and that the last two steps in the membership process may happen by May.