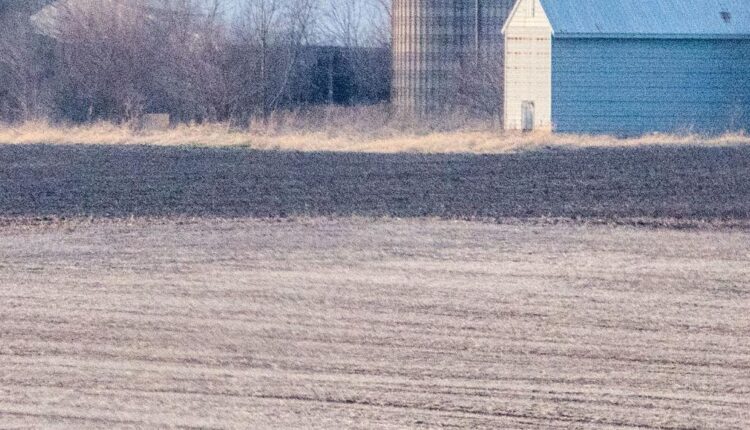 BLOOMINGTON – As a farmer, Richard Guebert Jr. stays abreast of all things Illinois farmers are facing.

As President of the Bloomington-based Illinois Farm Bureau, his job is to find solutions.

“I hear loud and clear from our members about the increased input costs,” he said. “That could be fertilizers or pesticides or one of many other topics. But it’s not just the increased cost. It is the availability of these products that we are going to need when it comes to planting. We are concerned and are in discussion with industry representatives to find out what these challenges are and what can be done to alleviate some of these challenges in the future. “

Guebert was re-elected as president for a two-year term at the IFB annual meeting in Chicago on December 6th.

“Can we influence the costs?” He asked. “Probably not. But that’s because of supply and demand. There are shipping challenges, whether it’s in containers being shipped from here in the states or coming in from overseas waiting to be unloaded. There is a shortage of truck drivers and many transport problems. “

‘A lot of questions’

The Illinois Production Cost Report, an Agricultural Marketing Service publication, estimates that fertilizer costs will be about $ 100 per hectare higher for corn in 2022 and about $ 50 higher for soybeans than in 2021.

Guebert, a Randolph County farmer, said IFB officials had spoken to state lawmakers about the problem and were taking a closer look at fertilizer production in the United States.

Guebert was elected in December for his fifth two-year term, the maximum term of office permitted by the IFB’s statutes.

Renewable energies, the 2023 Farm Bill and urban agriculture are three key issues that are also preoccupying farmers, he said.

The Farm Bill is a piece of legislation that has a huge impact on agriculture. It came into force in December 2018 and expires in 2023.

Climate change and crop insurance are two important issues in the negotiations on the 2023 Farm Bill, he added.

Concerns about the treatment of farmers by contractors and subcontractors by wind and solar companies were also a big topic at the meeting, said Adam Nielsen, director of national legislation and policy development at IFB.

“There is pressure on national standards because right now every county sets those standards,” he said.

The highlight of the meeting, Guebert said, was the fact that more than 1,200 IFB members and staff met in person in Chicago. Last year’s event took place virtually via Zoom.

“Everyone was delighted to come back and visit and speak about the topics and guidelines that are important to our members,” he said. “I think it was necessary just to go back to Chicago. We achieved what we wanted in 2021, but our members still like face-to-face contact to talk personally about the issues. “

The agricultural industry learned and is still learning a lot during the COVID-19 pandemic, Guebert said. The IFB’s first mission when the pandemic broke out in the spring of 2020 was to ensure that agriculture is named as an essential business.

“Our members had a lot of questions and we could keep working even after we were home,” he said. “At the beginning there were a lot of questions about the infrastructure and the need for transport. We did everything and it worked very well. I really applaud the Department of Agriculture here in Illinois for working with us to ensure that not only are we getting our products that we grow on the farm to consumers, but we are getting the input we needed to produce a harvest to achieve last spring. “

Overall, farmers in Illinois had a pretty good year, he said, and are looking forward to another good year in 2022.

“I think farmers have always been optimistic and we look forward to having another harvest in a few months,” he said. “We’ve been very blessed last year with pretty decent yields and good prices that gave many an opportunity to move forward, pay off some debts, and prepare for the upcoming growing season.”

The U.S. Department of Agriculture announced that the state’s 2021 soybean yield was estimated at 64 bushels an acre on Nov. 1, with total bean production projected to reach 675 million bushels, a 10 percent increase from 2020.

For corn, the USDA estimates the average Illinois yield at 207 bushels per acre, an increase of 16 bushels from 2020. Corn production in Illinois is projected to be 2.24 billion bushels, a 5 percent increase over the previous year. Final figures will be released early next year.

“It’s been a decent year, but nothing seemed certain with the virus,” said Champaign County farmer Mike Shank, who grows corn and soybeans near Mahomet. “The weather was as good as possible, but there was just so much uncertainty about planning for the future. We hope for a more stable year 2022, but I’m worried about fertilizer costs. “